Is the worst yet to come?

Is the worst yet to come?

In my view, people of Bangla­desh will either suffer under an author­itaria­n govt, or spend their life over throwi­ng it.
By William B Milam
Published: March 11, 2014
Tweet Email 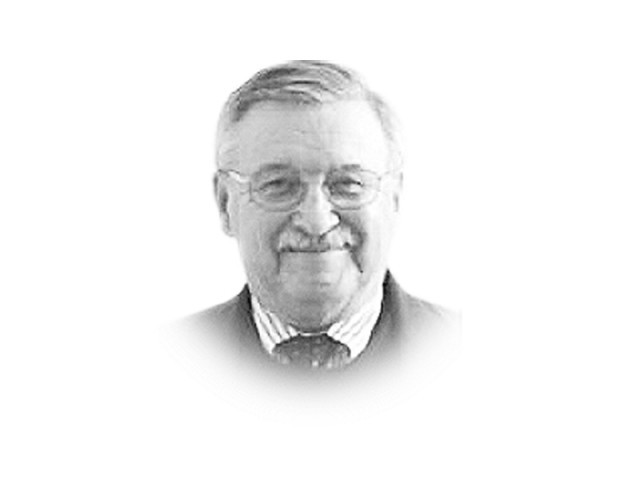 The writer is a Senior Scholar at the Woodrow Wilson Center in Washington, DC and former US Ambassador to Pakistan and Bangladesh

Last December, a month before the January 5 election in Bangladesh, in this space, I wrote that history does not always repeat itself. It was an effort to dissuade all those who believed that somehow, somebody or something — the army, the international community, the West, a leader on a white horse — would appear and stop the clearly defective election that was in the offing.  Of course, the political opposition believed that extreme violence and chaos would force the Awami League (AL) from its catbird seat to the negotiating table to work out a more equitable election structure. Those hopes hinged on the history of the past 25 years repeating itself — a period when election crises were the rule, not the exception, and some combination of violence and intervention always served to put things right. But that history failed them this time.

Instead, it suddenly seems that Bangladesh may be on the verge of repeating an older version of its history, the attempt to create a one-party authoritarian state 40 years ago. With India at its back, and only a token (captive) opposition, the AL pushed through to what automatically became a one-party government. With no real opposition in the National Assembly, Bangladesh is again, in effect, if not constitutionally, a one-party state. The 1975 effort ended very badly; is it likely to succeed this time around?

In the December article, I opined that there were two possible scenarios in the aftermath of the one-party election. One was to foment sufficient violence to force the AL to step down and call another election, vis. 1996. But if the opposition couldn’t muster the muscle before the election, it seemed unlikely that it would be able to bring down the government after the election. Clearly, violence has no place in democratic politics; yet this seemed to many the best-case scenario (of a bad lot of scenarios). The alternative was worse — an AL one-party government that would move inevitably, as authoritarian parties do, towards a formal one-party authoritarian state.

Perhaps, the only good decision that the opposition alliance, led by the BNP, made was to eschew an all-out campaign of post-election violence to try to force another election. Many innocent people would have lost their lives and the economy would have been pulled down immiserising many more. There were those who hoped that such violence would force the army’s hand and lead it to take over and install another technocratic civilian reform government. But this army seems to have washed its hands off politics. And that is not a bad thing, even considering the political direction of the country.

Those who lament the outcome of the election because of its political implications for the future of democracy in Bangladesh are accused of assuming that the BNP was the ‘wronged party’. At least for me, that is a complete fabrication. In my view, the wronged party was the people of Bangladesh, who may either suffer under a growing authoritarian government, or spend much life and treasure trying to over throw it. They will be adversely affected by a deteriorating economy that will result from the political uncertainty that will characterise the next few years.

The BNP is equally responsible for the ‘farcical election’ (as it continues to refer to it) because of its many errors of strategy and judgment. Had it contested and won even 50 seats in a rigged election (a low estimate, my friends tell me, given its popularity in the polls), there would be a brake on the AL ambitions, even if the AL had a two-thirds majority.

Many still wish for a ‘third force’, but I can’t see the AL providing political space. The BNP it is, and after success in the recent Upazila (local) elections, this moment for reform must not be lost. The election and its role as the opposition could have presented the BNP with the opportunity to refine its image, construct a coherent centre-right voice — to contrast with the center-left AL — and to use that voice in the National Assembly and in the public to constrain the increasing authoritarian actions of this government. This would be a juicy agenda — the rapid rise of extrajudicial killings, the increasing attacks on minorities, and the growing attempts to intimidate opposition leaders and media voices, who speak out against such government acts. It would be important for a reformed opposition to reestablish that the true intellectual and moral foundations of the state are political rights, freedom and economic equality, and insist that a one-party government leads away from these foundations.

If only we cared