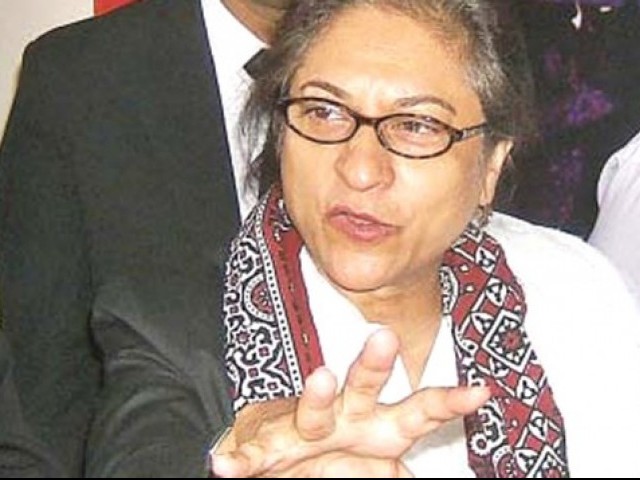 Voting began at 9 am this morning (Tuesday) and ended at 5 pm. Special security arrangements were in place across Lahore, Karachi, Islamabad, Peshawar, Quetta and Multan for the polls. Official results are expected to be announced on October 30.

Jahangir and Ahmad Owais were the main contenders for the office. Asma Jahangir had the support of senior lawyers including Ali Ahmad Kurd and retired Justice Tariq Mahmood. Ahmad Owais has the support of former SCBA president Hamid Khan, alongside others.

Campaigning for the Supreme Court Bar Association (SCBA) elections concluded on Tuesday, one day before polling, with the usual lavish dinners for the voters from the presidential candidates.

The events were well-attended by lawyers, though most of them were young lawyers who are not members of the Supreme Court Bar Association. Many of the lawyers who attended Jahangir’s dinner on Monday also attended Awais’s dinner the next day.

There are a total of 2,130 voters in the SCBA, including 1,518 from Punjab, 326 from Sindh, 179 from Khyber Pakhtunkhawa and 107 from Balochistan. They will decide the fate of 55 candidates vying for 21 seats. The most important election is for the presidential slot. These are non-panel elections, meaning candidates run for office in an individual capacity rather than as part of a group or party.

Senior members of the bar said it would be a close contest between Jahangir and Awais. They predicted that the margin of victory would be no more than 50 votes.

Polling will take place from 8:30am to 5:30pm with a one hour break for prayers and lunch. In Lahore, polling will be held at the Supreme Court Lahore Registry.

Mumtaz Mustafa, the polling officer for Lahore and vice chairman of the Punjab Bar Council, told The Express Tribune that no campaigning would be allowed in the polling station. He said SCBA members would have to produce their membership cards to get ballot papers. He said members of the SCBA from any part of the country could vote in Lahore, provided they first make a written declaration not to vote in any other part of the country.