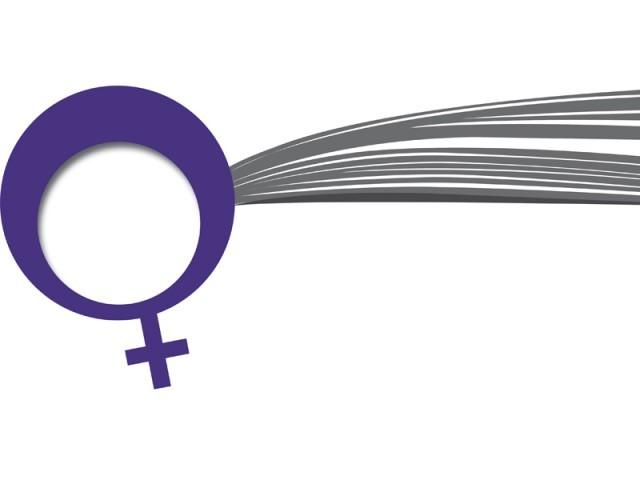 The impact the 18th Amendment and the devolution of ministries have on the overall cause of women’s rights seems substantial. Provincial assemblies seem to be getting it right but laws pertaining to women in the National Assembly need a push. On this special day, The Express Tribune takes a look at the most prominent achievement in terms of Pakistani women in the last four years reclaiming their rights: the passage of new progressive legislation for women, as well as the many important laws that are waiting to be passed, and those which stakeholders seem to have given up hope on.

Today is a day to highlight issues confronting women, to celebrate our achievements, to identify the gaps and, most of all, stand in solidarity for change.

Taking a quick look at the progress made on the implementation of the seven women-related laws passed over the last four years, it seems that the highest marks can be given to the  Benazir Income Support Programme Act, the anti-sexual harassment legislation and empowering the National Commission on Status of Women (NCSW). Although quite diverse in nature, these are the only ones that have an organised mechanism for implementation.

The Benazir Income Support Programme Act culminated in a project that made its mark by directly assisting thousands of women to develop themselves. Although there were concerns that the new government might allow it to lapse, a wise decision by the Sharif government in 2013 will allow the program to continue and build upon its past achievements.

On the sexual harassment front, within the first year after the passage of the anti-sexual harassment legislation, around 1000 cases were filed and the figure has steadily risen. Some complainants are facing increased pressure to drop their cases and some accused have been able to save themselves through high level connections. Nevertheless, the banking sector, including the State Bank, several federal government agencies, such as NADRA, as well as the Higher Education Commission (HEC) and many universities have shown outstanding results, setting a precedent for the future.

Although the private and government sectors are steadily improving, the offices of the Anti-Sexual Harassment Ombudsmen in Karachi, Lahore and Islamabad, established to support the victims of this crime, have been working below expectations. Collectively, they have employed an insensitive working model that has failed to support victims by making unnecessary delays and failing to understand either the legislation or the issue.

The National Commission on Status of Women (NCSW) was re-established early last year under a revised Act. The revised legislation provided a stronger legal basis for the Commission, which is the national watchdog on women’s issues. However, while the legislation provided autonomy for the Commission, the bureaucracy got its revenge by making the passage of the implementing rules an unnecessarily long affair. As a result, the impact of this institutional reform is yet to be seen.

As the devolution aspects of the 18th Amendment gather momentum, the provinces have been gearing up their new legislative agenda. Although women’s issues have not been seen as a major priority, there have been some commendable efforts.

Passage of the Domestic Violence Bill in Sindh is a breakthrough. Passed by a province, this was a bittersweet victory as civil society had failed for nine years to get it passed by the National Assembly. Balochistan followed suit, but with a weaker version. An amendment has been promised to fix some critical gaps in the bill.

Also, Punjab got their Act to set up a Provincial Commission on Women.

Despite world-wide attention on Pakistan, the amendment to the Pakistan Penal Code (PPC) that criminalised acid and burn crimes has not made much of a difference on the number of cases registered or convictions obtained during the last year. The reason is that this was supposed to be a set of two pieces of legislation, an amendment in the PPC, plus a comprehensive law that fully tackles the challenge faced when filing a complaint, collecting evidence, and conducting a judicial inquiry. That comprehensive bill was never passed and now must be approved by each province individually.

The implementation on the PPC amendment on anti-women practices, covering such crimes as forced marriage, exchanging women to resolve local conflicts and preventing women from inheriting their rightful share, has only seen limited results since being signed in December 2011.

As with acid burning, domestic violence and rape, these crimes are committed as an expression of power over women. Their impact will be diminished only when our society condemns their perpetrators.

Implementation of pro-women laws, where it is done at all, results from the efforts of committed groups or individuals that push the process.  In many cases, these committed individuals are themselves complainants who have felt empowered by the new statutes, no matter how painful their journey might be. These activists know they are cutting against the grain of our society, but they continue to struggle in order to reduce the pain our society inflicts on its own women.

The author is a research fellow at the George Mason University in USA, conducting research on Pakistan’s democracy and its impact on women.

International Women’s Day: Who will listen to her Story?