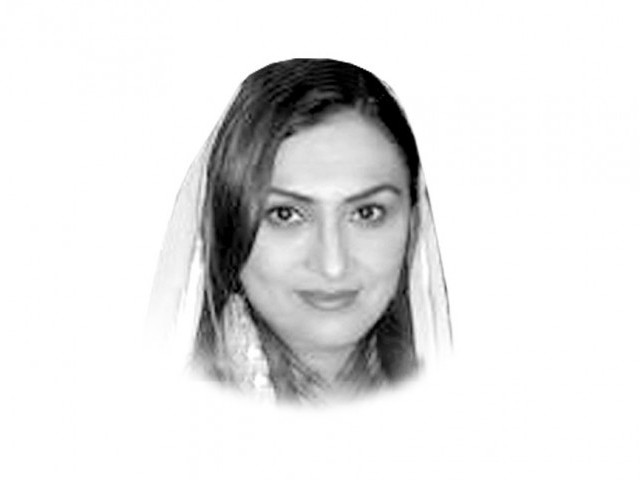 The writer is a PML-Q MNA marvi.memon@tribune.com.pk

After a long time, I have settled down to read a book in the middle of my mad political schedule. Passionate Minds by David Bodanis, is about “the great love affair of the Enlightenment featuring the scientist Emilie du Chatelet and the poet Voltaire”.

Perhaps I decided to read the book because of my childhood in France. I grew up with the concepts of liberte, egalite, fraternite and a very clear concept of my Pakistaniat.

It is with this background that I picked up the book. And I would like to share my thoughts about the clash between science and religion and the path to progress — a concept Islam gave all the answers to, ensuring that we were the most enlightened religion, creating the ultimate partnership with science.

Yet the similarities between 18th century feudal France and 21st century feudal Pakistan, where women are treated as second-class citizens, were startling. Perhaps more startling since, because of Islam’s teachings, we should have overcome this barrier and won the human rights race. The extent of women discrimination hit me when I entered the real world out of my family’s sheltered cocoon. And even then I was able to deal with it. Something most women in Pakistan are not often given any facilitation for. The fact that women were discouraged from education in 18th century France reminds me of the state of our current villages.

Another interesting comparison was that religious minorities were discriminated against. The reforms in England at the time were significantly higher despite them having no access to a religion like Islam. Again, it is a pity that whilst Islam eliminated divisions of class and religion much before the French, Pakistan today has not progressed at the same speed.

Last but not least, the culture of central control from the court of Versailles can be compared to our issues of federation and provincial autonomy. Back then they used methodologies for control which included giving of favours and a culture of corruption: make the notables so rich that they are beholden to the courts and under their control. There was also censorship and associated human rights abuses meted out to political prisoners. Whether it is the Bastille or Adiala jail, the methods used by our military and civilian dictators compared those of pre-revolution France are very similar.

Has Pakistan’s society transformed, considering all the jumpstarts Islam gave it? Have we transformed into the enlightened Muslims that Islam instructs us to be? And if not, then is revolution not around the corner in some new format? What struck me most is the consistency of human nature over the centuries. Whenever accepted rotten norms are challenged, there will be an attempt to attack and destroy. Old politics is at war with new politics. And just like there was Enlightenment and then revolution in France, there will be success in Pakistan too.

Where did America go wrong?