Literary seminar: Discussing the (lack of) impact of Urdu literature on the international stage

Literary seminar: Discussing the (lack of) impact of Urdu literature on the international stage 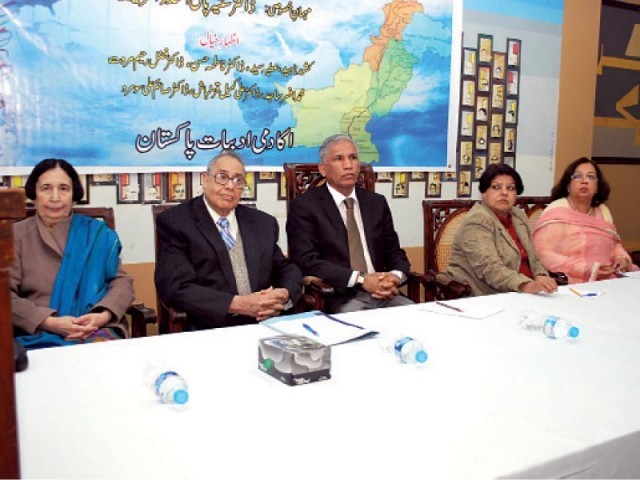 Just like the language, Urdu literature has absorbed influences from various languages and cultures. Yet it has managed to retain its own essence and individuality.

These ideas were expressed by a panel of literati at a national literary seminar at the Pakistan Academy of Letters (PAL) on Monday.

Dr Anand said that after 1947, literature was classified in three eras. There were progressive movements which began under influence from Russian literature, modernism which was ushered under European and American influence and post-modernism which filled the gaps, permitting Pakistani literary figures and scholars to impact literature.

Referring to the innovation of imagery, he said literary works of poets from twin cities in the 1980s deserves prominent mention. This is when a new crop of poets emerged, for which he coined the term “Rawalpindi School of Images”.

These writers are Naseer Ahmed Nasir, Ali Muhammad Farshi, Jalil Aali and Anwar Fitrat among others.

For instance, the novel “Pyar ka Pahla Shaher” written by Mustansar Hussain Tarar has been translated into Russian language. Novels by Khadija Mastoor and Zahida Hina have also been translated inEnglish, she said.

Dr Hassan said feminist writers around the world complain that their writing has been misinterpreted.  In conventional and critical literature, traditional and structural literature is being produced in which ideological coherence prevails.

Hameed said there was a need to focus on translating Urdu literature, so it can have a greater impact on the international stage.