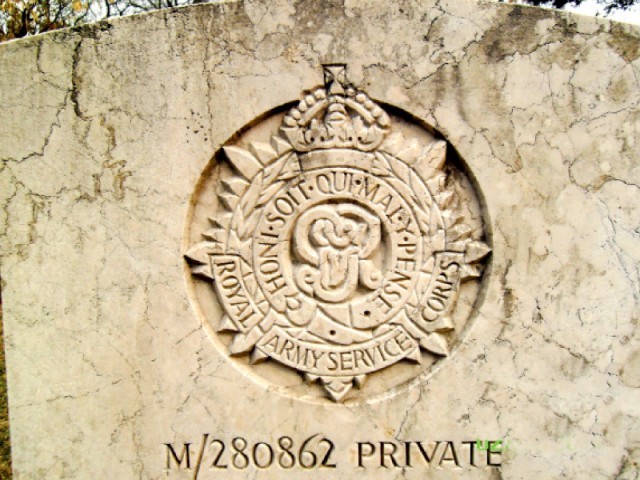 Neatly-lined graves of soldiers in the war cemetery corner (top) an insignia on a tombstone (left) and weed thick area of the graveyard. PHOTO: EXPRESS

Centuries old Gora Qabristan at Harley Street has no more space for new graves and the administration of the graveyard is using footpaths for burying the dead.

“We have run out of space for new graves. As almost all the space is filled. Currently, we are using footpaths for new graves,” said Nadeem Kamran, Vicar Christ Church and Chairman of Rawalpindi Christian cemeteries that includes this Gora Qabristan as well.

In next couple of years, footpaths at the Qabristan would also be filled, he said. “We demand of the government to allocate new land for establishing graveyard for Christian community.”

This is one of the oldest Christian cemeteries in Rawalpindi. It was developed during the British rule in Punjab. Former chairman of graveyard committee Emmanuel Lorraine, who supervised this graveyard for nearly a quarter of a century, said the Qabristan was developed some 200 years ago.

Many notable Christian personalities are buried in this graveyard. Among them is the Bishop of Kolkata Robert Milman, who died in 1876.

This graveyard also has hundreds of graves of soldiers of the British Royal Army, who were killed during the first and second world wars. However, later on, their bodies were shifted to one corner known as Rawalpindi War Cemetery.

This cemetery having some 357 dead of the world wars is maintained by the Commonwealth War Grave Commission. The commission’s website claims, “Our cemeteries, burial plots and memorials are a lasting tribute to those who died in some 153 countries across the world.”

According to Lorraine, the Britain’s Queen Elizabeth II and Princess of Wales Lady Diana also visited war cemetery. “I still remember the Queen visited Rawalpindi War Cemetery in 1997, during her state visit to mark 50th year of Independence of Pakistan. Whereas Lady Diana visited the same site somewhere in 90s,” said Lorraine.

Unlike the war cemetery, Gora Qabristan is in bad shape. Lorraine, while admitting the bad condition of the centuries old Qabristan said that currently the graveyard is being maintained by the graveyard committee which solely depends on money collected from Christians.

He demanded of the Punjab government to allocate one-time special fund for this historical graveyard so that boundary wall could be further raised to stop entry of drug addicts and spiritual healers and magicians. He said that during his tenure, he caught dozens of people digging graves performing some black magic.