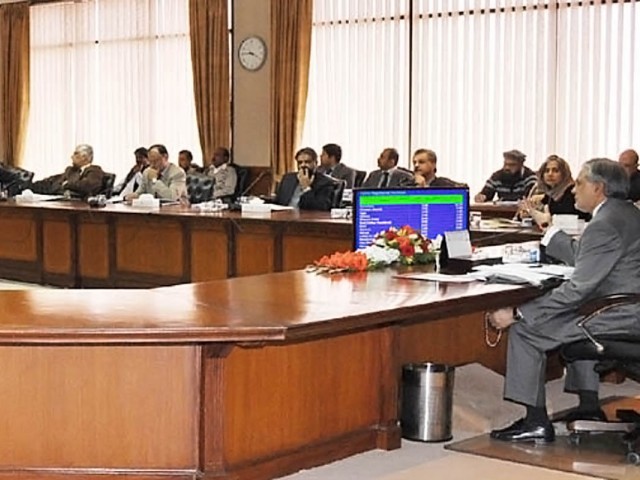 Meeting under the chairmanship of the Finance Minister Ishaq Dar at Prime Minister’s Office on Friday, the the summary of the Ministry of Petroleum and Natural Resources on the project was discussed.

Secretary Law informed the ECC that following the 18th Amendment, Article 90(1) of the Constitution stipulates that executive authority of the Federation shall be exercised in the name of President by the federal government, consisting of Prime Minister and the Federal Ministers, which shall act through the Prime Minister, who shall be the chief executive of the Federation. Further, Sub-article 90(2) says that in the performance of his function under the Constitution, the Prime Minister may act either directly or through the Federal Minister.

Moreover, regarding approval of LSA as agreed by SSGCL & ETPL, the Law Division opined that the LSA is a commercial contract between the two commercial entities and their respective Board of Directors are fully competent to grant approval in respect of LNG Service Agreement.

Petroleum secretary was of the opinion that it has been the practice followed in the past that this issue has been brought to the ECC. He added that it was after due diligence and conforming to all reasonableness on international and regional parameters the petroleum ministry is satisfied that the project is a good deal and worth putting on fast track in order to meet the existing shortfall of gas in the country.

At the end of the discussion, the ECC accorded its approval to the proposal in principle, subject to completion of all formalities as indicated by the law division and subsequent approval of the prime minister.