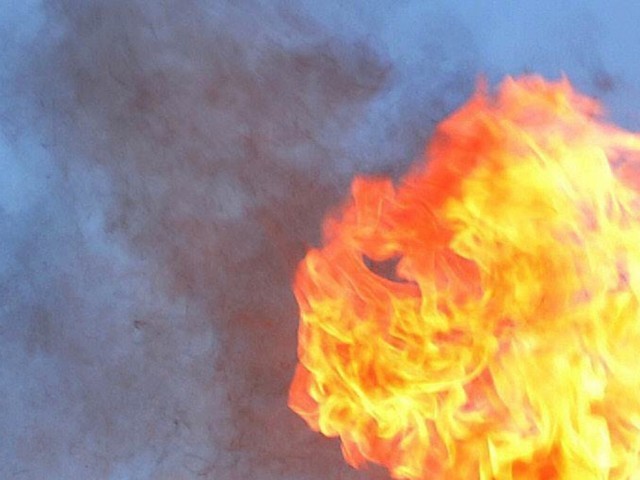 Panic and fear gripped the garrison city on Wednesday when an explosive device detonated outside the house of a businessman in the Ratta Amral area. According to the police, the blast damaged the house and shattered window panes besides injuring a milkman, later identified as Sajawal.

The injured milkman was rushed to District Headquarters Hospital, where doctors discharged him after administering first aid. “We are investigating the cases from various angles. A personal enmity cannot be ruled out,” said Ratta Amral Police Station House Officer Chaudhry Zulfiaqar.

He said that between 100 and 150 grams of explosives were used in the blast, which sources in the bomb disposal squad later confirmed. The officer said that the device had been planted outside the house of Jahangir Khan, who hails from Bajaur Agency.

Khan moved to Rawalpindi a few years back and owns a handbag and purse shop. The SHO further said that during the last week, some people fired guns outside Khan’s house and damaged the front gate, but, Khan did not report the incident.

After recording a statement detailing both incidents, the police registered an FIR on Khan’s application.

Last December, a similar explosive device was detonated outside of one Sher Wali Khan’s house in the Sadiqabad Police Station area.  Wali Khan is businessman and also hails from the tribal areas — Mohmand Agency.