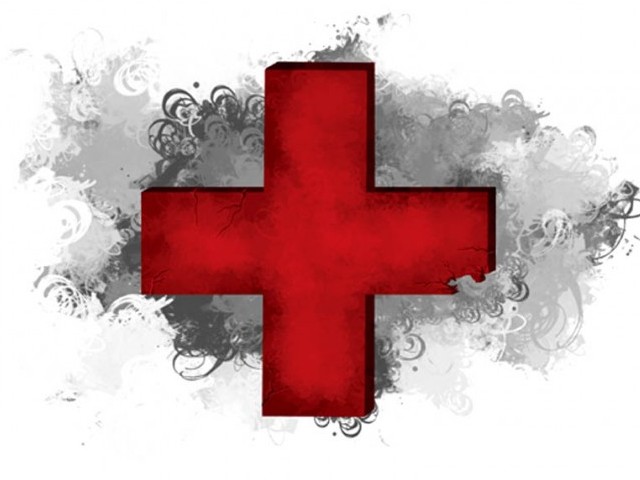 Young doctors and paramedical staff of the Chandka Medical College Hospital, Larkana, boycotted the OPD on Tuesday in protest of the attack on a Hindu doctor at Baqrani road.

On Monday evening, pediatrician Dr Partap Rai was sitting at his private clinic at Baqrani road when a man came to his clinic and told his secretary that he wanted to see the doctor for his child’s check-up. When the man went into the doctor’s office, he shot Dr Rai and escaped. The injured doctor was immediately rushed to the CMCH emergency ward where he underwent surgery. He was later referred to a hospital in Karachi. According to sources, the doctor was attacked as he refused to pay extortion. The Dari police station’s assistant head constable Saeed Ahmed said that nobody had turned up to register an FIR so far.

Hindu Panchayat Larkana president Advocate Kalapna Devi criticised the lawlessness in the city, saying that such incidents against members of the Hindu community were highly condemnable. She told The Express Tribune that Dr Rai received four bullet injuries but his condition was stable. “The Hindu community is vulnerable, which is why our people are being targeted openly,” she said, adding that she was not aware if Dr Rai had personal enmity with anyone. “We are peaceful citizens and want to live in peace.”

She said that doctors, paramedics and members of the Hindu community will also hold a strike today (Wednesday).