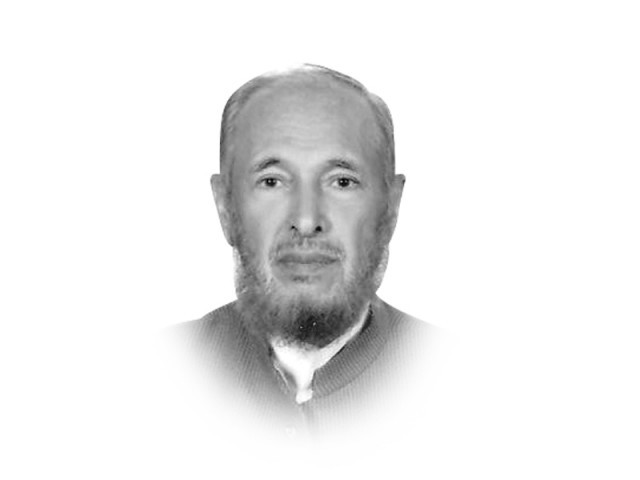 The campaign for the Afghan presidential election due in two months has gathered momentum. Afghanistan is in the grip of election fever. The media hype of the ‘mega event’ has generated huge euphoria and incredible excitement amongst, mostly, residents of urban areas, including the educated youth, both male and female. Those who are expected to be the front runners include former foreign minister and a candidate in the 2009 polls, Dr Abdullah, former minister Ashraf Ghani, adviser and a close friend of President Hamid Karzai, Zalmai Rasool, brother of the president Qayum Karzai, and former Mujahideen leader Professor Sayyaf.

All these contenders for the top slot have been close allies of Karzai over the past 12 years. All have benefited from the US scheme of things in Afghanistan politically, financially and socially. All are proponents of the status quo and all of them would like the US forces to stay in the country indefinitely. All of them would require continued external funding to run the administration and more significantly, external military presence for their political survival.

The list of candidates does not include anyone representing the resistance or someone who is allied with the main resistance group. The Hizb-e-Islami candidate cannot fall into the category of those belonging to the resistance because the Hekmatyar faction is already part of the present government.

Since all candidates have accepted Afghanistan’s status as a ‘close ally’ of the US, or put more bluntly, as a surrogate entity, none of them would have the courage, credentials or the following to bring about any fundamental shift in policy as far as the country’s alignment with US goals in the region is concerned. More importantly, all of them lack the will to extricate the country from the present crippling quagmire because they are of the firm belief that without external props, their government would not survive more than three months. What would, then, the election deliver for the war-weary country? Nothing! Karzai would leave to be replaced by another ‘Karzai’.

But this would not lead to any significant rise in the level of despondency that has overtaken the Afghan population for over a decade now because the downtrodden millions of poor people have no stake or expectations from this farce of an election. The state institutions have become moribund, decrepit and insulated from the masses as they do not provide any protection against the injustices or excesses committed by the local officials on a daily basis. Nor have the institutions provided any hope of delivering peace and punishing the violators of law. It appears that most people in the country consider this phase in Afghanistan’s history as a transient phenomenon that would soon pass and a new era of hope would emerge, where people having deep roots in society and espousing the same sentiments as the bulk of the teeming millions, would take charge of the country. In this backdrop of frustration on the one hand and hope howsoever dim and hazy on the other, some having access to resources are desperately trying to promote their economic and political interests because they see the writing on the wall. Some are investing in overseas real estate and most of the newly rich have houses abroad for the rainy day.

With unemployment hovering around 40 per cent, 95 per cent of GDP coming from foreign aid and spending by coalition forces, the flight of capital per annum reaching $4.6 billion, 12,000 insurgent attacks taking place only last year, 62 per cent of the country being firmly under the control of the resistance groups and opium production staying at the frightening level of 6,000 tonnes, the country is mired in an unsustainable conundrum that will only get worse if the conflict does not end soon. The conflict can only end when all coalition forces have left, the resistance groups brought into the mainstream, all foreign interference stopped and a broad-based, multi-ethnic government that does not need external props for its survival, installed.

Confronted with such enormous challenges, the race for electing a new helpless leader of the country would carry no conviction with the Afghan masses. For most Afghans, it will be an exercise in futility.