On screen characters, off screen deaths

On screen characters, off screen deaths

Retros­pectiv­e glance at what Hollyw­ood film-makers did to deal with death of actors while work on films was under way
By News Desk
Published: February 7, 2014
Tweet Email 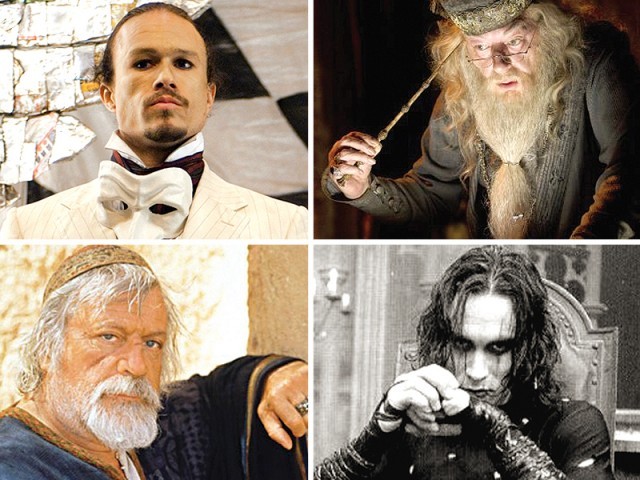 A retrospective glance at what five Hollywood film-makers did to deal with the death of actors while work on the films was still under way.

A-lister Philip Seymour Hoffman’s untimely death has left behind a bereaved Hollywood fraternity and fans. For us, it’s a reminder of the transience of life and how in a jiffy, projects that are deemed so precious can be left half-baked in the face of unexpected occurrences.

According to the Hollywood Reporter, Hoffman had a mere seven days and one major scene remaining to shoot for his role Plutarch Heavensbee in The Hunger Games: Mockingjay — Part 2, prior to his passing.

In the wake of this tragic occurrence, we thought we’d take a retrospective glance at what film-makers have done to deal with the death of actors while work on the films was still under way.

Here is how five Hollywood films went ahead after the death of their respective actors, reports E! Online:

Brandon Lee, son of Bruce Lee, died at the young age of 28 while filming his last movie in 1993, due to an accidental shooting incident on the set. Paramount opted out of distribution, though Miramax invested another $8 million into the film and used CGI to finish Lee’s scenes.

Actor Oliver Reed died of a heart attack in 1999 while the film was being made, leaving several scenes unfinished. The script was partially rewritten and computer-generated imagery (CGI) was used for his role as Proximo.

Just ten days before actor Richard Harris’ (Professor Albus Dumbledore) passing in 2002 due to  Hodgkin’s disease, his agent said he “would be released from the clinic soon” in order to complete his part in Harry Potter and the Prisoner of Azkaban. Later, Harris was recast by Michael Gambon, and the third instalment of the film grossed nearly $800 million worldwide.

The Imaginarium of Dr Parnassus (2009)

The tragic death of Oscar winner Heath Ledger due to drug overdose in 2008 was paid homage to by director Terry Gilliam, who decided to finish and dedicate the fantasy film to him. He rewrote the script, so that Ledger’s character could magically change his appearance, and made actors Johnny Depp, Colin Farrel and Jude Law appear as different versions of Ledger. All three actors decided to give their earnings from the roles to Ledger’s young daughter Matilda.

Although the production was initially shut down after actor Paul Walker was killed in a fatal car accident in November of last year, Universal Pictures has confirmed that the actor will appear in the seventh instalment of the film, slated to release on April 10, 2015. “James Wan directs this chapter of the hugely successful series, and Neal H Moritz and Vin Diesel return as producers,” said a statement. No further information was revealed as to how they will work around Walker’s death, but rumours suggest that his look-alike younger brother Cody will finish shooting for the role of Brian O’Connor in Walker’s place.

An emotional Jay Leno bids farewell to the Tonight Show