Maulan­a Abdul Aziz says that he prays for the succes­s of the negoti­ations but cannot take part in them.
By Web Desk
Published: February 1, 2014
Tweet Email 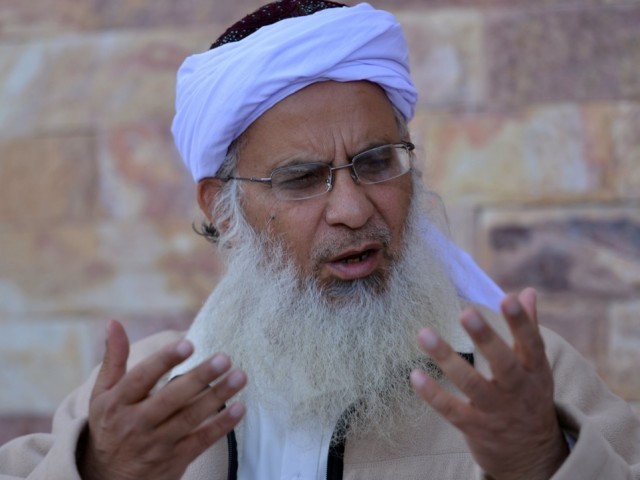 Major (retd) Muhammad Amir, a former Inter-Services Intelligence (ISI) official had requested Maulana Aziz to be a part of the peace talks.

The former chief cleric said that he prays for the success of the negotiations but cannot take part in them.

Prime Minister Nawaz Sharif had set out an open mandate for a four-member committee of negotiators to formally initiate peace talks with TTP, inviting the grouping on January 31 to follow suit and constitute its own negotiating team.

On January 29, TTP spokesperson Shahidullah Shahid had welcomed peace talks with the government soon after Nawaz announced the committee in the National Assembly. Shahid had said the final decision regarding talks would be made by the shura (consultation council).

Diplomat Khobragade’s claim of immunity challenged by US prosecutors