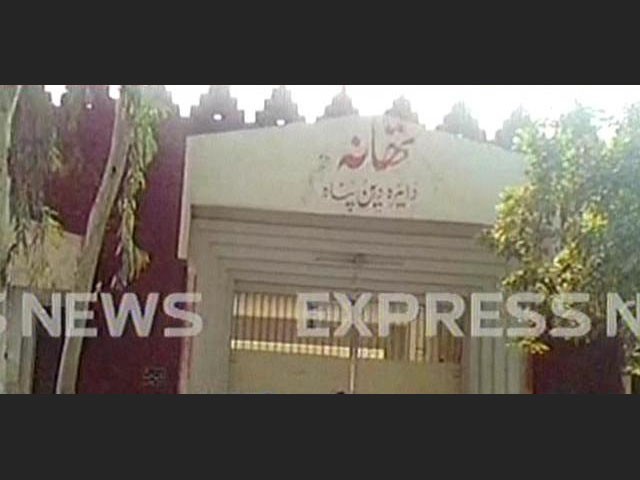 Three of the accused were arrested and detained at the Dera Din Panah police station, including the head of the Panchayat, while two remain at large. PHOTO: EXPRESS NEWS SCREENGRAB

LAHORE: A 40-year old widow was raped by men of her village by the order of a panchayat in Mauza Rakh Tibba Sharqi, in Muzaffargarh district, The Express Tribune has learnt.

After receiving information about the incident, the police have arrested three suspects, including the leader of the panchayat and two of the alleged rapists, Investigation Officer (IO) Assadullah Khan informed The Express Tribune. Punjab Chief Minister Shehbaz Sharif has taken notice of the incident, Express News correspondent Naeem Qaiser reported.

Assadullah also said that an FIR was filed on the complaint of the victim against five of the accused persons. However, while the FIR was filed under charges of ‘attempted rape’, the victim alleges that she was already raped, and only filed the said FIR under pressure from the police.

Sources familiar with the incident said that the rape was ordered to avenge illicit relations between a woman from the family of the rapists and the brother of the rape victim.

The 40-member panchayat had decided that the widow should be punished for her brother’s illicit relations with the daughter of the alleged rapist. The father and his two sons carried out the ‘punishment.’

The rape took place on January 24 when five men locked the widow inside a room while the panchayat — who had declared that ‘dishonour should be avenged by dishonour’ — waited outside, reported Express News

The accused later threatened the widow that they would kill her if she raised her voice against them.

IO Assadullah Khan said that all efforts were being made to arrest the remaining accused as soon as possible.