From Karachi to Austin: NAPA goes to America

From Karachi to Austin: NAPA goes to America 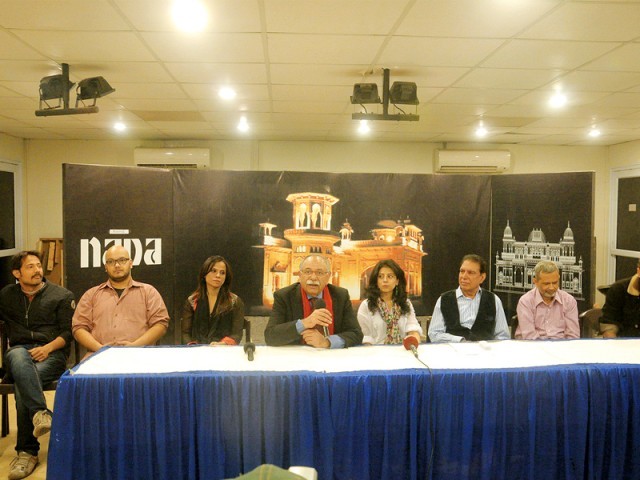 Theatre company’s upcoming plans in both music and theatre announced in a press conference. PHOTO: PUBLICITY

The National Academy of Performing Arts (NAPA) has paced ahead of its time, and now, its music faculty will be collaborating with an American university in order to promote the said discipline.

The Sarah and Ernest Butler School of Music, at the University of Texas at Austin, plans to not only promote music but will also open its doors to 12 NAPA scholars, who will enrol at the university for a period of three semesters

The American faculty from Texas also plans to mentor Pakistani musicians, and will travel to Pakistan. This was asserted at a press conference held within the premises of the institute based here in Karachi.

While briefing media personnel at the press conference, Arshad Mahmood said, “We have given our students creative freedom to decide what they’d like to sing and pursue, there is no genre that specifically caters to a particular class of students but there are various genres that the students are taught here. Students may learn classical piano but they end up playing Jazz! However what we delve in is orchestration of music.”

While speaking exclusively with The Express Tribune; Kimberly Strollo of the US Consulate Cultural Affairs officer said, “We are trying to bridge the cultural gap between the two countries. We are fostering people-to-people ties for the sake of sheer understanding. It is certainly music that makes it so special.”

Apart from that, Rahat Kazmi later briefed newsmakers on an upcoming play called Six characters in search of an Author. It will be an Urdu adaptation of a play by Luigi Pirandello. Kazmi will be the leading actor in the play, which is being directed by his very own student Fawad Khan. Starring opposite Kazmi, in the role of female lead, will be Mehr Jaffri. The play will run at the vicinity from January 23, 2014 until February 9,2014.

Earlier, Arshad Mahmood stated that NAPA was in the process of bringing forward an international theatre festival, which will run in the city for 24 days within this quarter. Karachi will see theatre practitioners from Nepal, England, Germany and India, staging their plays here in the city.

Salman and Mithoon get into verbal spat at award show