Below average: Education in the province in dire situation, claim speakers

Below average: Education in the province in dire situation, claim speakers 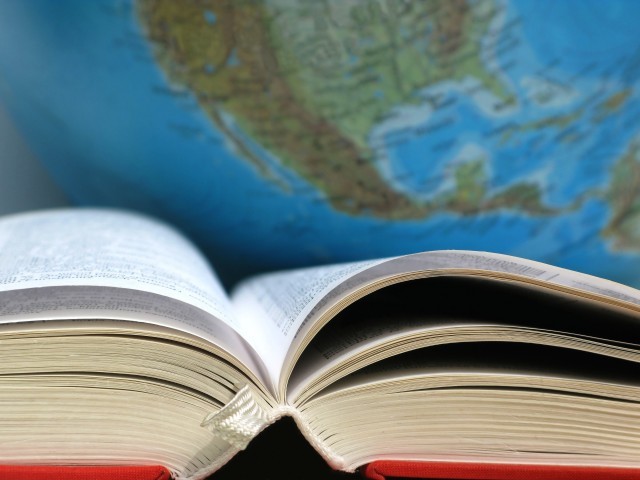 The educated in Sindh worry about the education system across the province. They feel that while the biggest chunk of the blame goes to political influences and agendas, everyone needs to be held responsible for the dire situation.

Speakers at a conference titled ‘Education: The Way Forward’ organised by Sindh Association of North America (Sana) at the Pearl Continental Hotel on Saturday critically discussed the educational challenges faced by Sindh.

Despite repeatedly criticising previous governments – both military and democratic- the speakers were quick to point out that teachers, bureaucrats and parents themselves need to take responsibility.

Sukkur Institute of Business Administration director Nisar Ahmed Siddiqui called for a drastic overhaul in school curriculum and criticised the ‘cheating culture’ that plagues students of most colleges.

Senior educationist Fazlullah Qureshi, felt that private organisations need to come forward if the government fails to do anything to improve the education system.

Prominent economist and Balochistan government adviser Kaiser Bengali said that the government needs to revamp the whole education system. “There is no need for 50,000 schools in the province,” he said. “Only 15,000 are enough to provide quality education.” He was also critical of the role that teachers play during elections and called for the Election Commission to address it.

The total education budget for the province is Rs134 billion, revealed Sindh education minister Nisar Ahmed Khuhro. Out of this, Rs121 billion is spent on staff salaries, he added.

“We have nearly 49,000 schools in Sindh while Punjab has around 60,000,” said Khuhro. “However, we also have around 25,000 private schools.” The education minister then went on to talk about what the government is doing in terms of education. “We have established 40 universities in the last 10 years and we are providing free education to children between the ages of five and 16,” claimed Khuhro, before quickly admitting that a lot of work is still required. “Despite all of this, education quality in the province leaves a lot to be desired.”

The minister claimed that some senior teachers are better paid than certain ministers, adding that the system has not improved despite facilitating the teaching staff financially. In order to highlight the dearth of competent teachers, he said that while thousands of candidates applied for the 1,200 vacancies, only 700 passed the written test.

“We need to ensure that political agendas do not influence management of Sindh’s education,” said chief secretary Sajjad Saleem Hotiana. “However, it is important to remember that these influences exist all over the country and not just in Sindh.”

Education secretary Fazlullah Pechuho was also critical of Sindh’s education system. “There are 10 schools in certain areas while there are none in others,” he claimed. “We need to increase our pace in order to achieve the goals that have been set for 2015. Let’s confess that we are all responsible for the current predicament.”

The United States (US) consul general Michael Dodman said that education is the first step towards the development of a country. “To provide support for education in Pakistan is one of US government’s top priorities,” said Dodman during the inaugural session. “Education is vital for economic growth.”

Dodman claimed that many education initiatives are underway and added that 5,000 high school students are being provided English language classes across the country – out of these,1,700 students are from Sindh with a majority of them being from Karachi.

“The key is sustainability,” he felt. “While we hope that US funded programs will make a difference, the effort to create sustainable improvements in the quality of education must come from Pakistan.”