Urban problems: ‘With elasticity of space, let cities find their own solutions’

Urban problems: ‘With elasticity of space, let cities find their own solutions’

Squatt­ers make an econom­y too, which is why urban planne­rs need to help soften social thresh­olds.
By Atika Rehman
Published: January 11, 2014
Tweet Email 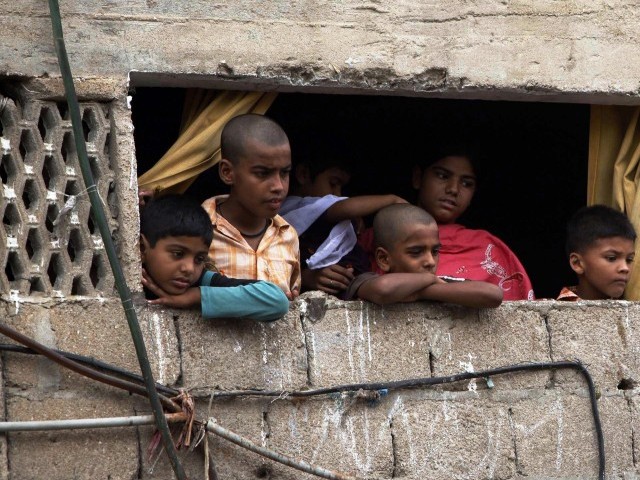 Squatters make an economy too, which is why urban planners need to help soften social thresholds. PHOTO: REUTERS/FILE

Friday was the first time Rahul Mehrotra was giving a lecture in the sunlight.

“This is what I was talking about,” exclaimed the architect, who was in Karachi to deliver the first guest lecture at the three-day South Asian Cities Conference, on Friday. His talk was eagerly anticipated as he is the chair of the Harvard University department of Urban Planning and Design.

In addition to the sunlight, Mehrotra was delighted that Frere Hall, the venue for the conference, provided a living manifestation of his theoretical leanings. It was what he calls an “elastic space”. The usually vacant gardens were transformed, becoming what Mehrotra called a “transient space”. Under the gently billowing white canopies, academics mingled with students, Karachi residents with people from Sukkur and Larkana, engineers with politicians. And he had more examples.

“This is what I mean by making spaces elastic,” he said, as he flicked through pictures of a maidan in Mumbai, a fleck of green space in a largely grey metropolis, that is used as a cricket stadium by day and shaadi hall by night.

This is why Mehrotra has been described, as a panelist put it, as “the thinker who tries to analyse the madness of cities”. In his presentation, called ‘Kinetic City’, he broke down ephemeral landscapes to provide a view of “what’s happening” in rapidly growing spaces in South Asia.

“Change is happening rapidly,” he began, using the words “urban time-bomb” to portray the burst of population within settlements. “We have many cities that will soon become 100 million-people cities, and urban planners and designers can make a big difference to how things evolve in these municipalities.”

The idea, Mehrotra said, is to look at the obvious reality of this evolution in simultaneity; we must take a view of the micro and macro expansion of a city with an attitude to fostering culture, identity and the people intrinsically tied to particular spaces. His dream for growing cities does not include skyscrapers but has plenty of short-lived dwellings that you cannot put on a map. The “solution”, is not to look for a permanent solution.

“Our cities are becoming complex and highly susceptible to malfunction because we are ignoring evolutionary gestures,” he said.

Another example was the squatter, who has ‘encroached’ upon a space and made it his own. “We need to see what is driving this encroachment. It is the index of security, the agreed ‘rent’ he is paying to the owner of the land, or the understanding he has with the owner of land across the street. This man selling fruit, cutting hair or making garlands as a squatter is driving the economy in some way.” The Express Tribune asked him about the legality of such settlements and the idea of ‘developing’ slums? Does he mean to say we should accept poverty and work with what we have? Are these the ‘right’ attitudes? Aren’t they a bit ‘defeatist’?

“No, not at all,” he replied on the sidelines. “But we could regulate them.”

He thinks hawkers can have hawking plazas, for example. “It’s just that when we do them now, it’s far from where they should be. I think once we accept the tangent way of doing things, we will come up with many solutions. I think we define the problem incorrectly and so we are working or trying to implement the wrong answers.”

Similarly for slums – moving them to the edge of the city is not the answer. The solution is upgrading them, but also creating opportunities at the edge of the city that are viable in terms of employment and public mobility, etc. “Physical mobility and intelligent orchestration of the urban landscape can facilitate economic mobility.”

He dismissed the notion of foreign firms investing in malls and shopping plazas in India, as he feels they not only add to the multitude of cars and pollution, but also abet the polarisation of society. “Multinationals know the economy,” he went on to say. “Urban planners do not. We need to work toward softening social thresholds and developing new attitudes towards the binary narrative. The point is to blur the harshness of the two entities [of the privileged and the poor].”

Case by case, Mehrotra strengthened his argument for transient, changing and evolving spaces. But really, what is the solution to dramatically growing cities like Karachi and Mumbai?

“I don’t know the solution,” Mehrotra said simply. “I do know the challenges. And I know that the critical thing for urban planners is anticipation. We need to have that imagination of time when we are looking at short- and long-term development.”

After all, what is the sense in planning for a projected time when our lives, attitudes, the politics – all the dynamics of a city – are changing so rapidly, he asked?

“Look at the rate of transition in cities,” he said. “Why are we in a hurry for final solutions?”