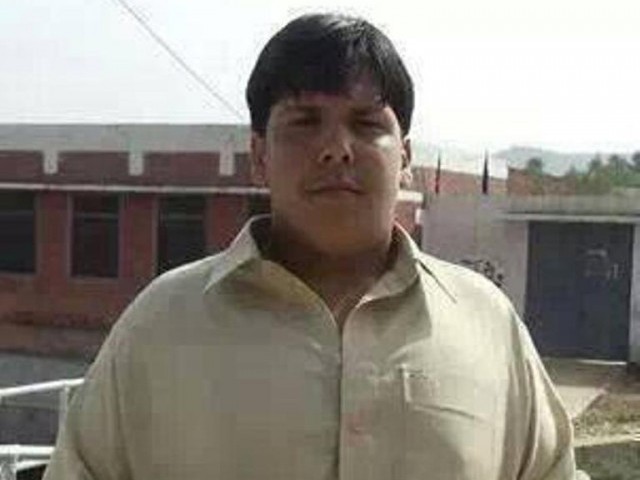 A picture of late Aitizaz Hasan making the rounds on social media.

PESHAWAR: Teenage activist Malala Yousufzai announced she will give Rs0.5 million to Aitizaz Hasan’s family and called on the government to bestow the highest civilian award on him.

Hasan – a student from Hangu – tackled a bomber on January 6 who had come to attack his school at a time when hundreds of students were inside. The brave boy died while protecting others.

“I feel saddened that violence took another child’s life in my country; I feel proud that I belong to a country where many brave and courageous people like Aitizaz Hasan are born,” Malala said.

Malala herself was attacked by Tehreek-e-Taliban Pakistan (TTP) gunmen in Swat in 2012 for her vocal opposition of the militant group.

“Sacrificing his own life, Hasan saved hundreds of innocent young students from getting killed; I feel proud of his pious and courageous act. I wish his sacrifice brings peace to my people and my country,” she said.

Durrani has written to the provincial chief minister recommending Hasan for the posthumous award, a police statement issued late on January 9 said.

“The suicide bomber tried to enter the school where hundreds of students were studying. Aitizaz Hasan sacrificed his life and stopped the bomber with bravery and courage,” the police statement said.

“He saved the lives of hundreds of innocent students with his extreme valour and bravery.”

Pakistan has several categories of civilian award and it will fall to the government to decide which, if any, Hasan should receive.

Hasan’s father Mujahid Ali Bangash told AFP on Thursday he felt not sadness but pride at his son’s death.

“Many people are coming to see me but if they try to express sympathy, I tell them to congratulate me instead on becoming the father of a martyr,” he said.

“I will be even more than happy if my second son also sacrifices his life for the country.”

Local media are calling Hasan a hero, while social media is demanding recognition for him.

A lukewarm alphabet soup: K-P coalition partners complain of being left out