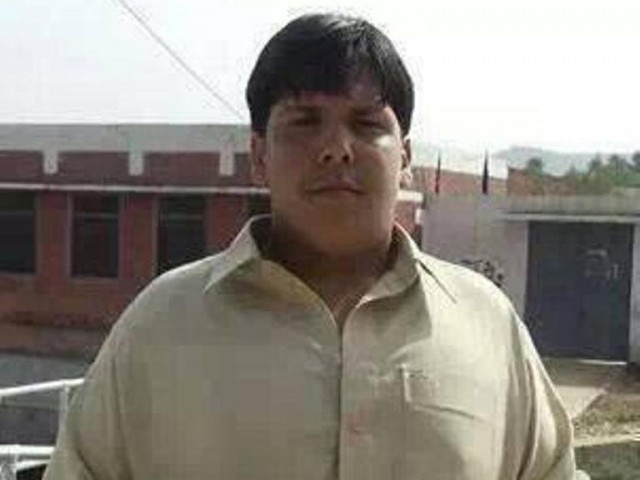 A picture of late Aitizaz Hasan making the rounds on social media.

KARACHI: As the news of Aitizaz Hasan – a student who sacrificed his life while trying to prevent a suicide attack on his school – spread, many on social media demanded for bestowing Pakistan’s highest military award Nishaan-e-Haider on the valiant teenager.

Hasan was a student of the Government High School Ibrahimzai in Hangu who stood up to a bomber on January 6 and sacrificed his life to save many others.

A journalist and senior anchor at Capital TV Nasim Zehra on Twitter demanded Prime Minister Nawaz Sharif to give this prestigious award to our ‘national hero’:

People from across the country also demanded that the government of Pakistan should award Hasan for his bravery and sacrifice:

Will there by any award for brave Atizaz who gave his life to save hundreds' life? #onemillionaitzazs

Pakistan Tehreek-e-Insaf’s chairman Imran Khan also tweeted about the young teenager that his sacrifice will not go in vain:

Sacrifice of young teenager from Hangu Shaheed Aitzaz who gave his life to save others from a suicide bomber will not go in vain InshaAllah.

KP govt as well as federal govt must recognise the sacrifice of young Aitzaz who embraced shahadat to save others.

“I had never thought that my brother would die such a great death. He sacrificed his life to save humanity,” Hassan’s brother Mujtaba had stated in an interview with The Express Tribune on January 8.

The government should announce a civilian award, Tamgha-i-Shujaat or Nishan-e-Haider, for his bravery, Mujtaba had further added.