Delivering on promises: Youth loan scheme is not a gimmick, says PM

Delivering on promises: Youth loan scheme is not a gimmick, says PM 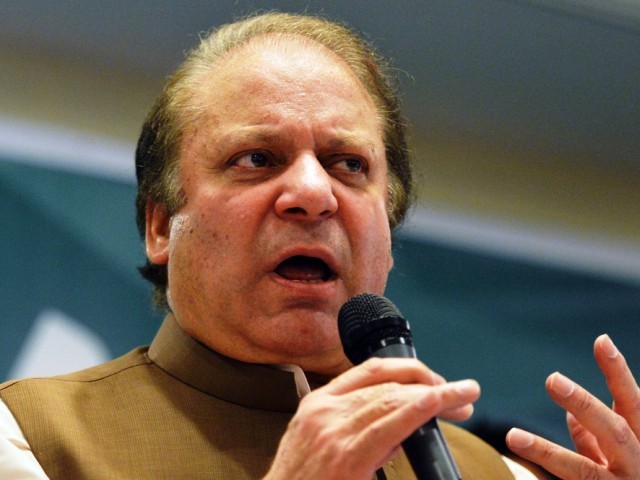 Prime Minister Nawaz Sharif on Thursday said that enforcement of the rule of law could help the country overcome some of its biggest problems and pledged to ensure that this would be done from now on — at all levels.

“If the rule of law had been followed and enforced in our country, we would not have faced problems which we are going through now,” the prime minister said in his address to applicants of the Youth Business Loan Scheme at Bahawalpur.

Addressing a large number of students from Rahim Yar Khan, Lodhran and Bahawalpur, the prime minister said that the loan scheme was not a political slogan but the fulfillment of a promise made to the youth of Pakistan.

“I have started this scheme as a national cause and my interest in the economic development of the country has compelled me to start this scheme,” he added.

The prime minister said that it was time the real potential of the youth was used for the benefit of the country.

“Such schemes should have been started right at the time of Pakistan’s inception,” the prime minister remarked quoting developed countries like Germany, Japan and the US, which he said, had made their youth self-reliant.

“Up to 80 per cent of their economies depend upon the youth,” the PM remarked urging people to trust the capabilities of the youth and that financial independence to them, could help nurture their potential.

The premier also pointed out that previously loans were only given to big sharks and small-scale entrepreneurship was ignored.

“Big entities used to get billions of rupees in loans, but now we have decided to award loans to small borrowers in order to benefit the skilled youth and the lower strata of society,” he added.

Although opposition groups have denounced the government’s “unimaginative response” to the problem of inflation, the premier said during his government’s six months in power, the economy had started moving in the right direction.

Talking about the unresolved energy crisis in the country, the premier admitted that load-shedding had not been curtailed. “Statistics show that the load-shedding is much less as compared to the situation last year,” he said, pointing to the government’s efforts to build the Diamer-Bhasha, Bunji and Dasi hydropower projects.