How the fate of an artist is shaped by art collectors

How the fate of an artist is shaped by art collectors 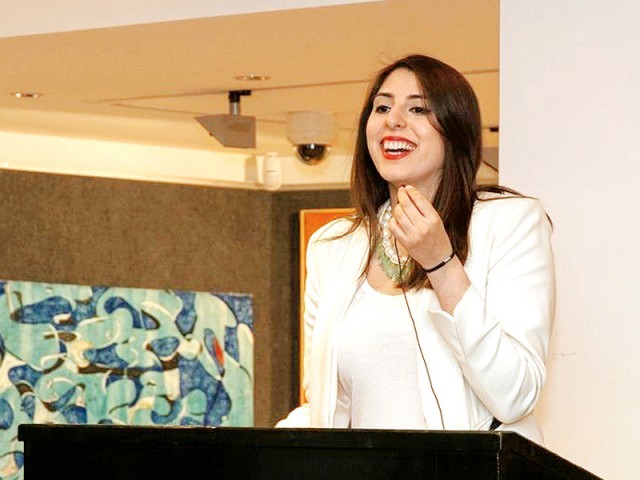 The business of buying and selling artwork is a fascinating one. The dynamics of the art world have been dictated by the market, and this market constitutes a number of significant art collectors. Just like an accessory sported by an established celebrity becomes popular, items collected by art-loving heavyweights add to their value.

It all depends on where a piece of art finds its home. Throughout the course of time, collectors have lent impetus to the art market and played a major role in the success of many artists.

Nour Aslam, head of South Asian and Contemporary Art at privately-owned British auction house, Bonhams, talks to The Express Tribune about how Pakistani art is trending in the international market.

“The Indians are a factor in driving up the Pakistani art market,” says Aslam. “They find Pakistani art aesthetically pleasing and cheaper than Indian artwork.”

Aslam, who is a graduate of Sarah Lawrence College Bronxville, New York, has been working at Bonhams in London for four and a half years. She deals with modern and contemporary art from Turkey and Bangladesh, among other places.

Commenting on the inextricable link between art collectors and an artist’s success trajectory, she says, “In some instances, a major collector can change the fate of an artist, and the two go hand in hand. If there was no Gertrude Stein, there would be no [Pablo] Picasso, and if there was no Picasso, there would be no Gertrude Stein.” Not only was the success of these artists contingent on how talented they were and how good their work was, but also on the basis of who liked and bought their creations.

Aslam shares that one of the most imperative factors that contributes to an artist’s success is international collectors. “[Abdur Rahman] Chughtai spent time in Austria, Bashir Mirza in Holland, and Sadequain in Paris, and this exposure was crucial for their success because their work was collected by people abroad.”

Interestingly, another determinant of the success of artists is how accessible their work is. In some cases, the more available an artist is, the less the worth is of his/her work. In most instances, it takes years before an artist’s work becomes worthy of being a collectable. “Most of the famous Pakistani artists gifted their work to their friends and it is after their lifetime that they became collectors’ items,” Aslam says.

Having studied studio art, Aslam plays a crucial role in the prestigious auction house that was founded in 1793 and has 66 locations worldwide. “Once a piece of art is asked to be auctioned off, we have to authenticate it, catalogue it, research the artist and the origins of the work, value the piece and then sell it.” Size, medium and condition of the piece, along with who the artists are and what their background is, are all factors that are considered when a certain piece is being evaluated.

Contemporary artists, such as Imran Qureshi, Aisha Khalid, Rashid Rana, Faiza Butt, Mohammad Ali Talpur, Ali Kazim and Khadim Ali are gaining ground internationally. Aslam talks about the impact that their work is making in the Western markets. “Pakistani contemporaries are being showcased at the Venice Biennale and are getting the Western exposure they need,” she states. “When international art fairs, museums and galleries pick up an artist, they ensure that the right people see the work.” Just like any industry, even the art market depends on both where you showcase your work and who sees it.

With an ever-evolving art market, and certain forms of art and artists going in and out of fashion, Aslam urges people to not hesitate to buy what they personally like. “You have to live with the work; hence, you should love it,” she says.

Exports to Afghanistan will no longer be in Pak Rupee: Dar