Why the PTI’s anti-inflation rally is bad politics

Why the PTI’s anti-inflation rally is bad politics 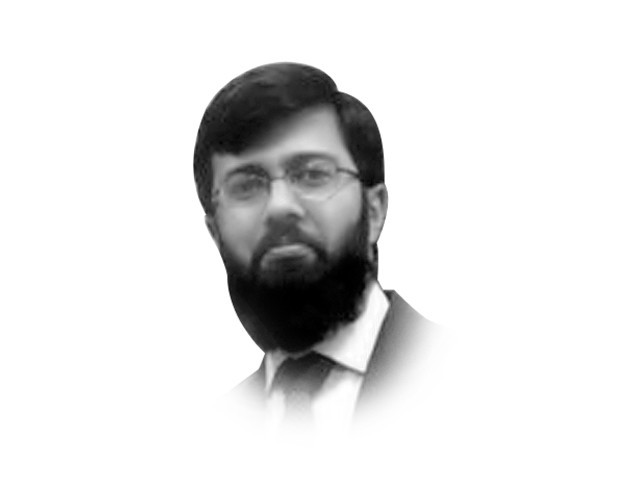 It may not look like it now, but the ‘anti-inflation’ rally held by the Pakistan Tehreek-e-Insaf (PTI) in Lahore last month may backfire on its prospects for re-election in 2018. The PTI has forgotten one of the cardinal rules of Pakistani politics: voters judge incumbents by very different standards than insurgent campaigners. In the minds of the public, the PTI has transitioned from the latter to the former, but it has not adjusted its behaviour accordingly.

The thinking behind the Lahore rally is easy to understand. To win a national election, any political party must be competitive in Punjab. The PTI has formed an administration in Khyber-Pakhtunkhwa (K-P), but wants to remain politically engaged with its supporters in Punjab. That seems logical enough. The method chosen, however, may hurt more than it helps.

To understand what the PTI has done wrong, it is first necessary to understand the fundamental flaw in the party’s character. It is a political party that neither understands nor accepts as legitimate the purpose of politics. In doing so, it risks alienating the Pakistani voter. The voter’s view of both government and politics is very different from that of the PTI. Government is the vehicle that society uses to distribute resources and services to all citizens. Politics is the negotiation process by which society decides who gets what. There is, by definition, some horse-trading and deal-making involved, and while such activity can be both good and bad, the PTI’s view of politics is that it is uniformly bad.

Therein lies the problem. Because the voter’s primary ideology is not anti-corruption or nationalism or liberalism or conservatism. It is pragmatism. Which party will be able to get me what I value the most? And how the voter judges this is by past performance. The PTI has been given a chance by voters in K-P to build a track record in that province. The next time around, the average national voter will judge the party on the strength of that record.

From now on, election-style rallies that seek to mobilise vague, ill-defined voter anger against the incumbents in Punjab will not matter. The voters will not ask: “Can you get me out of the mess I am in because of the current administration?” They will ask: “What have you done for the people you governed last time? And what can you do for me here that is better than what I already have with the PML-N?” If the party fails at having a good answer to that latter set of questions, it will fail miserably in the next election.

The best way to engage the voter in Punjab, then, is to implement good policies in K-P and then have the party’s MPAs in the Punjab Assembly push for their adoption in Punjab. This strategy is somewhat difficult, of course. The PML-N is very quick to co-opt many of the PTI’s good ideas as its own in Punjab and has been successful in retaining the loyalty of Punjab’s voters. So, the PTI must go after a policy issue that the PML-N leadership will not accept and will refuse to take ownership of: truly empowering elected local governments in Punjab.

The PML-N leadership is radically opposed to decentralising power and will refuse to budge to the PTI demands to grant local governments more authority. That is the time that the PTI should hold large rallies in cities all across Punjab, touting the benefits of its admittedly detailed local government policy agenda, and seek to pressure the PML-N to adopt its policy. If the PML-N caves, that is a victory that the PTI can then take to the bank for the 2018 elections. If the PML-N refuses to budge, that is a stick the PTI will be able to beat the PML-N with in the next election. Either way, the party will score a political victory.

A rally against inflation is clearly a Jamaat-e-Islami (JI) idea, which at least, had the originality to do it in 2008, when inflation was higher than any time in Pakistani history. By copying that strategy, the PTI risks putting itself in the same box as the JI: plenty of street power, but nothing in the ballot box. Feel-good nationalistic and populist slogans do not win elections. Performance does. The sooner the PTI realises this and changes its political strategy, the better for both itself and the voters of Pakistan.

A Pakistani guide to years ending in 4