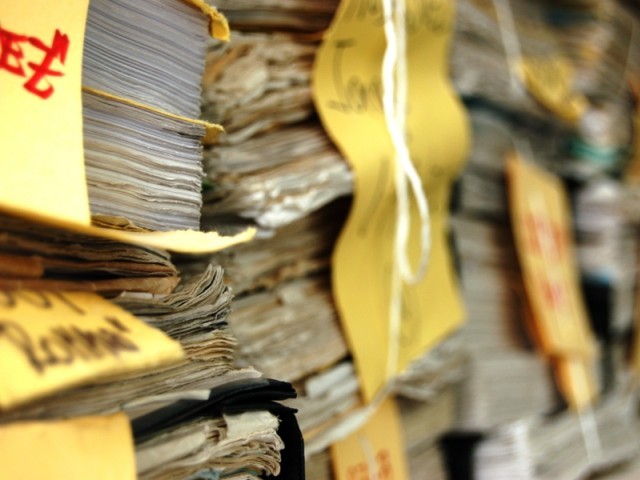 The year saw the apex court intervene and announce verdicts in 70 big cases, as per the Supreme Court’s website. During the tenure of Justice Iftikhar Chaudhry, the Supreme Court used its power of suo motu under Article 184(3) frequently.

This, in turn, left the incoming Chief Justice (CJ) Jillani to announce that there is a need to devise a strategy to exercise suo motu jurisdiction.

After assuming charge of office, Chief Justice Jillani immediately took suo mou notice of the controversy over giving exclusive rights to one media house for coverage of his predecessor’s full court reference.

The Jillani-led court will hear many suo motu cases taken by the Chaudhry-led judiciary. An official of the court said though many cases are still pending, directions have already been issued and orders were passed to the relevant authorities.

In December, Chief Justice Iftikhar Muhammad Chaudhry reached the age of superannuation. Since his second restoration, Justice Chaudhry took a number of suo motu notices and issued contempt of court notices to ministers, heads of institutions and politicians, which are still pending with the court. But towards the end of his tenure, Justice Chaudhry disposed off a number of cases and also announced various reserved judgments.

The 18th Amendment case was heard by a 17-judge bench for almost six months and except for a decision on Article 175A which relates to the appointment of the judges in the superior courts, the other issues are still pending. The various petitioners had questioned the insertion of certain provisions in the constitution.

In April 2011, the then President Zardari had forwarded a reference to the apex court under clauses 1 and 2 of Article 186 of the constitution for revisiting the case of former Prime Minister Zulfikar Ali Bhutto, who was hanged on April 4, 1979 in Rawalpindi. About 26 hearings were conducted by the 11-member larger bench, but the decision is still pending.

A number of contempt of court cases are also pending before the apex court.

This year, over a failure to implement the SC judgment in the Rental Power Projects case, contempt notices were issued to former NAB chairman Admiral Fasih Bukhari and seven other officers.

In December 2009, the apex court issued a contempt notice to former interior minister Rehman Malik for changing the investigation team in the Pakistan Steel Mills corruption case. The case against him is still pending.

The apex court on March 28 issued contempt of court notice to former prime minister Raja Pervez Ashraf for using his office to influence the court.

The contempt notice against interim premier Mir Hazar Khan Khoso, and his principal secretary Khawaja Siddiq Akbar issued on May 9 this year, regarding the appointments and transfers of 22 federal secretaries is not yet disposed off.