Lahore High Court says that the issue is being heard by Suprem­e Court.
By Web Desk
Published: December 18, 2013
Tweet Email 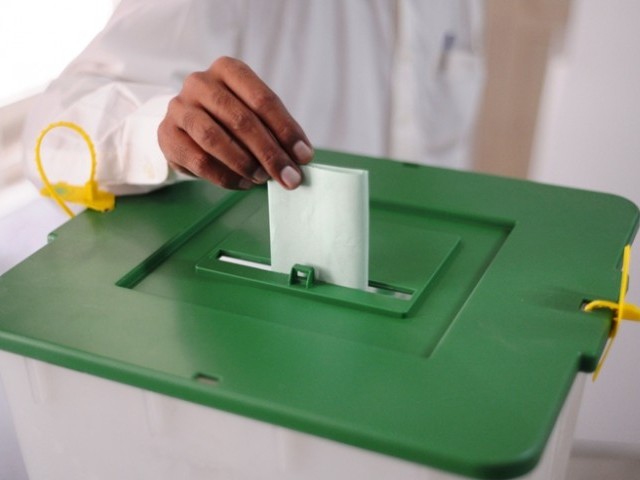 The court said that the issue is being heard by the Supreme Court.

On December 4, Justice Nasir Saeed Sheikh of LHC had asked the attorney general to assist on a petition filed by Pakistan Muslim League-Nawaz (PML-N) candidate Malik Riaz challenging an election tribunal’s decision to order the verification of votes cast in NA-118.

The petitioner had submitted that there was no provision in the law for votes to be verified as genuine through thumbprints.

He had also argued that it was impossible to verify all 150,000 votes cast at NA-118. He had said that the election tribunal’s order was illegal and should be declared as such by the LHC.

The tribunal had on November 18, on a plea by Hamid Zaman of the PTI, who was declared the runner up to Riaz at NA-118, directed NADRA to verify that the votes cast at NA-118 were genuine by examining the thumbprints on them.

NADRA chairman Tariq Malik was sacked on December 3 only days after the election tribunal asked NADRA to verify the thumb impressions of voters from the Lahore constituency NA-118, won by PML-N candidate Riaz.