Too many cooks: How to turn around PIA prior to privatisation

Too many cooks: How to turn around PIA prior to privatisation

Lesson­s need to be taken from case-studie­s around the world.
By Shabir Khan
Published: December 15, 2013
Tweet Email 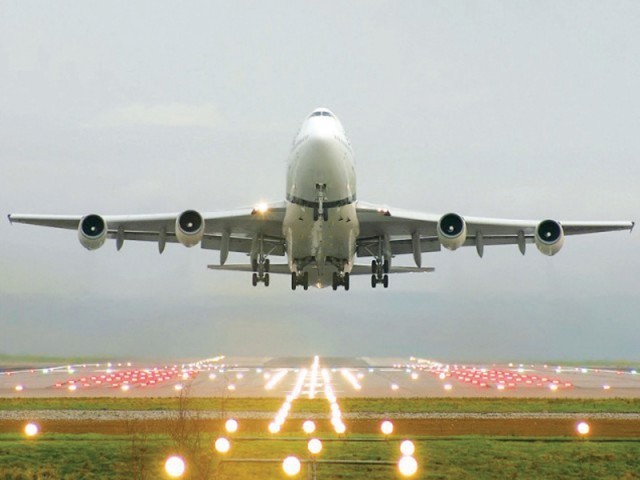 Currently, barely two-thirds of the PIA aircraft fleet is airworthy. Engineering and maintenance needs to be transformed to maximise aircraft airworthiness. This can be done through appointing a result-oriented official – for whom setting and monitoring goals and measuring results is a way of life. PHOTO:FILE

Recently, several columnists and self-proclaimed analysts have highlighted a blindingly obvious status quo – the widening gap between the losses of State-owned Enterprises (SOE) such as PIA and the dwindling revenues of the national exchequer.

Sadly, none have attempted to address or remotely propose viable solutions. However, PIA represents an ideal and lucrative opportunity for a successful turnaround. For many years, the national carrier’s flight operations and load factor have been decreasing, while global passenger traffic has been on the rise. A transformational turnaround is not difficult in the presence of such a worthwhile opportunity.

It only requires a few simple actions.

For the sceptics of a turnaround prior to privatisation, allow me to put ‘a few simple actions’ into perspective by drawing on a few similarities between today’s PIA and British Airways of 1981.

At the time, BA was a poorly managed SOE universally perceived as an unattractive, ‘wouldn’t touch it with a barge pole’ buy prospect for investors.

It was bleeding $1 billion a year in losses (300% more than PIA’s 2012 losses) and ‘controlled’ by a multitude of politicised trade unions.

One particularly penetrating statement from a renowned frequent BA flyer summed up its service at the time. “The attitude was that the customer was an irritating part of the process”. This comment will ring alarm bells of in people like me who refuse to travel with any other airline but PIA.

Another similarity was BAs ‘crown jewels’, like PIA,  being its landing slots at Heathrow and other major international airports – some are today valued between $25-30 million each.

The BA turnaround only required a few simple actions. The first and most important step was the appointment of an international calibre, hands-on CEO or corporate turnaround ‘doctor’. In 1981, Margaret Thatcher appointed Sir John King with the single mission of preparing it for privatisation. King slashed operational costs, reduced aircraft-employee ratio, groomed up service, fine-tuned the route structure, and hired Saatchi & Saatchi to rebrand BA as “The World’s Favourite Airline.” The corporate turnaround was as rapid as it was profoundly transformational.

By 1987, BA was the most profitable airline in the world. When privatised in 1987 via a public share offering, demand exceeded supply by 11 times.

Similarly, immediate steps for any new CEO at PIA are simple and obvious.

Competent heads need to be appointed in each department. In addition, new country heads need to be placed, all superfluous staff posted overseas needs to be recalled and all offices where PIA does not have landing slots need to be shutdown.

The international and domestic routes need to be expanded to generate economies of scale and build a sustainable airline.

Contracts and purchasing policies need to be reviewed. Suffice to say that corruption needs to be reduced. The cost of financing needs to go down because, without it, a timely corporate turnaround will prove difficult.

PIA Investments Limited, incorporated in 1977, should be immediately dissolved and all its assets sold to finance the corporate turnaround. The Roosevelt and Scribe hotels alone have a net book value of $584.8 million, according to PIA’s 2012 annual report, but contribute nothing to profits.

Currently, barely two-thirds of the PIA aircraft fleet is airworthy. Engineering and Maintenance needs to be transformed to maximise aircraft airworthiness. This can be done through appointing a result-oriented official – for whom setting and monitoring goals and measuring results is a way of life.

Perhaps, one of our many retired PAF officers currently camouflaging themselves as ‘defence analysts’ may wish to volunteer their expertise.

In addition, PIA’s aircraft-employee ratio stands at over 500. This needs to be reduced to near the international standard of 130-150. However, for obvious political sensitivities and to enable other changes to be implemented, this should be a low-priority, medium term goal. However, some of the immediate steps should include recalling all superfluous staff from overseas operations, removing all political appointees, getting rid of ‘ghost’ employees, and natural reduction through a holistic hiring-freeze.

A transformational turnaround only requires a few simple steps to rapidly deliver PIA to good health and profitability and a successful privatisation. It may seem a daunting task but for experienced corporate turnaround ‘doctors’, its child’s play.