Govt all thumbs?: Within hours, NADRA chief sacked then reinstated

Govt all thumbs?: Within hours, NADRA chief sacked then reinstated 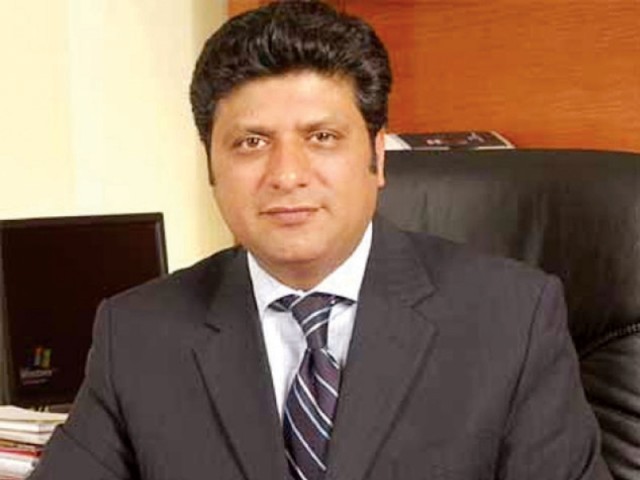 Verification of voters’ thumb impressions in May 2013 general elections would clarify if polling in certain constituencies was rigged. If nobody tampered with the thumb impressions while casting their votes, there was no reason for anyone to get upset at the National Database Registration Authority verifying them.

However, some were not happy at the chairman going ahead with the thumb impression verifications on the directives of the election tribunals, sources told The Express Tribune.

In a move that raised many an eyebrow, NADRA chairman Tariq Malik was sacked on Tuesday and Brig (retd) Zahid Hussain, NADRA’s Sindh director geenral, was given charge. However, within a few hours, Islamabad High Court (IHC) restored Tariq Malik.

Tariq Malik was summoned by Punjab Chief Minister in Lahore on Monday where he was kept busy till late in the night. “The chief minister did not meet him. He was received by Punjab Law Minister Rana Sanaullah who talked of thumb impressions verification in NA-118,” a source close to the Nadra chief’s office told The Express Tribune.

Sanaullah asked Tariq Malik for a ‘compromise’ on the thumb impressions’ verification in the constituency by giving the PML-N candidate a clean chit. “Failing [to do so], he would have to face consequences,” said the officials.

The NADRA chairman chose to ‘face the consequences’. The same night the Cabinet Division issued his termination orders and the new chairman was given charge in a hurry. Sources claim that Tariq Malik was kept busy in a meeting in Lahore so that he could not move the court against his termination.

He, however, managed to reach Islamabad, and filed an application in the IHC that immediately restored him. Malik maintained that he could not be sacked under NADRA rules, without giving him any reasons. His contract was still valid for almost two years.

The court also sought a reply from the Establishment Division secretary and Election Commission of Pakistan (ECP) chairman by December 11.

Advocate Babar Sattar, counsel for the petitioner, challenging the notification argued that his client was removed from service without giving any solid reasons. His client was appointed as chairman on June 17, 2012, on a contract for three years under Section 3(12) of the NADRA Ordinance, he maintained.

“There was neither any show-cause notice nor any reason for removal in the notification which is against Section 3(12) of the ordinance,” argued Sattar in a packed courtroom.

He said Tariq Malik was being targeted for assisting ECP’s efforts to ensure free, fair and transparent election by employing the latest technological means, such as biometric identification and verification.

The database authority was working on verification of thumb impressions in 11 constituencies. NADRA chairman had already communicated to the interior ministry that he received threats from anonymous people asking him to abandon thumb verification.

Tariq Malik wrote a letter to the National Crisis Management Cell (NCMC) of the interior ministry – a copy of which was made available to The Express Tribune, informing them of the anonymous written threat.

Malik provided the copies of the written threat in Urdu along with its envelope to the NCMC. The NADRA chief and his family also received threatening phone calls. The details of the mobile numbers and those holding those numbers available with NADRA were also provided to the ministry.