BNP, its 17 smalle­r allies to only change their mind 'if polls are organi­sed by a non-party, neutra­l govern­ment.'
By AFP
Published: December 2, 2013
Tweet Email 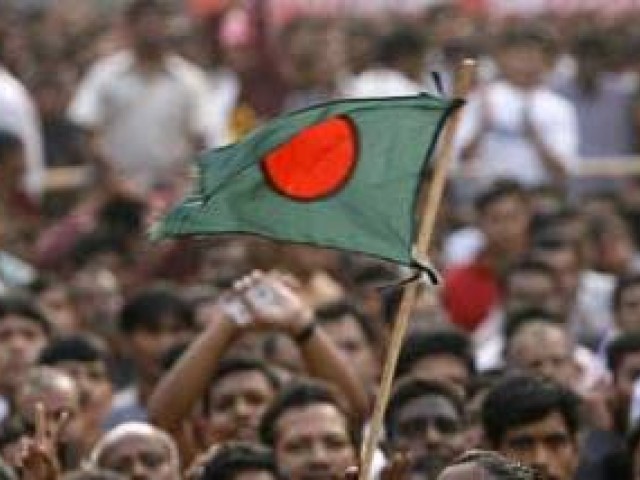 BNP, its 17 smaller allies to only change their mind 'if polls are organised by a non-party, neutral government.' PHOTO: REUTERS/ FILE

Monday is the last day for nominations with the final cutoff at 05:00 pm local time.

Chowdhury said the BNP and its 17 smaller allies including the country’s largest religious party would only change their mind “if the polls are organised by a non-party, neutral government”.

Bangladesh has witnessed escalating street violence over the last five weeks that left 51 people dead and thousands injured, with almost all opposition leaders now in hiding.

The BNP led by two times ex-premier Khaleda Zia has been demanding that Prime Minister Sheikh Hasina quit and make way for a “non-party and impartial” chief executive to oversee the polls.

It believes any polls under Hasina will be rigged.

Hasina, whose party holds a majority in the current parliament, has rejected the opposition demand and instead formed an interim multi-party cabinet which includes her allies to conduct polls.

Government administrator of Dhaka Division, which includes the capital Dhaka, AN Shamsuddin Chowdhury told AFP his office had received no nomination paper from the BNP up to 12:00 pm local time.