Two milita­nts were killed and two others were injure­d.
By AFP / Nasruminallah
Published: November 30, 2013
Tweet Email 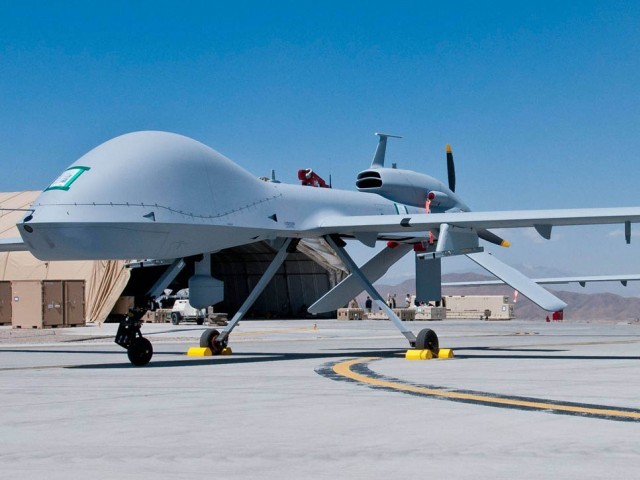 Two militants were killed and two others were injured. PHOTO: AFP

In the third drone strike of the month, two suspected militants were killed and two others were injured on the outskirts of Miramshah, the main town of North Waziristan Agency, in the early hours of Friday.

An official of security forces from the area said the US drones were hovering over Miramshah since Thursday evening and after midnight they fired two missiles on a compound in Anghar village around 10 kilometres away from the town.

“Two militants were killed and two others were injured,” he told The Express Tribune.

The tribesmen pulled out two bodies and shifted two injured to a hospital nearby in critical condition, he said.

A third security official in Miramshah said two Taliban fighters were wounded in the fresh attack and were identified as “Punjabi Taliban” members, AFP reported.

“One of them, Aslam alias Yaseen, is linked with attacks on GHQ and another attack on (the) naval base in Karachi,” the official told AFP.

Meanwhile, a tribesman from Mirali tehsil told The Express Tribune that the sound of the strike was heard in Mirali.