Seven-Summit expedition: Mirza and Samina Baig to set out on a global voyage

Seven-Summit expedition: Mirza and Samina Baig to set out on a global voyage 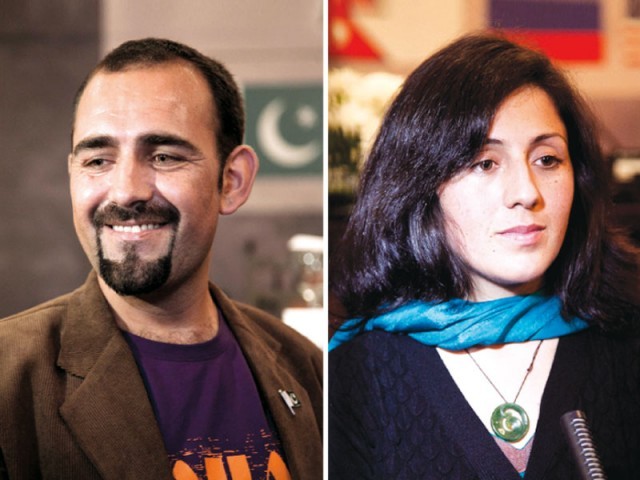 There is not a mountain peak in the world that will not yield to those wishing to explore it, and the brother and sister mountaineering duo of Samina Baig and Mirza Ali Baig can testify to it.

The adventurers who claim the rugged terrain of Shimshal in Upper Hunza as their home are soon to embark on an expedition that will cover seven summits in seven different continents.

To say bon voyage to them, the Adventure Diplomacy Group (ADG) consisting of the embassies of Argentina, Indonesia, Nepal, the Russian Federation, and the United States of America organised an even that also saw a robust support from the Serena Hotels on Monday.

“For Samina and Mirza Ali, it’s not just about the passion of mountaineering anymore. They are embracing a path that connects all seven continents of the world,” lauded Muznah Umar, marketing and communications corporate manager for Serena Hotels.

Earlier this year, the duo scaled Mount Everest with an aim of empowering women through adventure sports. Samina’s victory as Pakistan’s first female to surmount the highest peak in the world was inherently infused with the triumph of gender equality — something that is at the forefront of their determination.

“Our goal is to connect with the world to promulgate not just peace and understanding but a love for nature, and for the nuanced beauty of different places,” expressed 30-year-old Mirza, who is an experienced mountain guide, expedition leader and trainer in the Karakoram, Himalaya and Hindukush ranges.

Global warming and climate change are also essential to the siblings whose enthusiasm lends them the role of environmental activism through spreading awareness about its changing patterns.

Argentine Ambassador Rodolfo Martin-Saravia expressed his keenness to be a part of such an initiative for young Pakistanis explorers while US Ambassador Richard Olsen admired the tenacity of both Samina and Mirza and termed them role models, not just for Pakistan, but for the whole world.

The wholeheartedness of the Adventure Diplomacy Group and some private benefactors has given the duo a chance to take up a new challenge and an opportunity to embrace their dream to explore Mt Vinson in Antarctica, Mount Aconcagua in Argentina and Puncak Jaya in Indonesia, among others.

Throughout their journey, the Baig siblings have already been promised logistical support and promotional assistance.