Why coffee is good for you

Why coffee is good for you 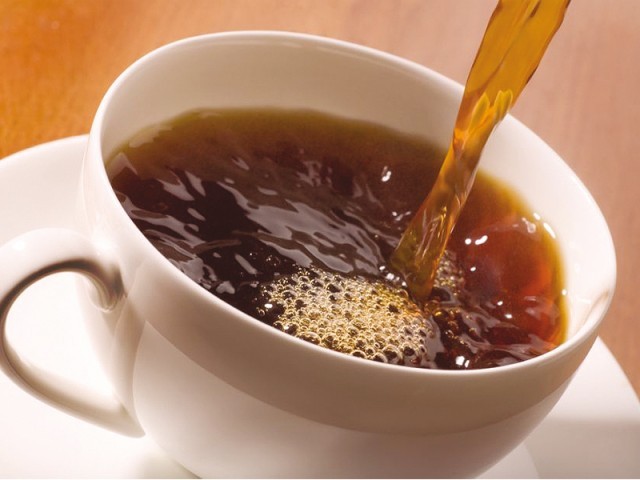 Moderate coffee intake can help improve alertness and concentration due to its caffeine content. PHOTO: FILE

LOS ANGELES: You are either a tea person or a coffee person (unless you are one of those lucky few who don’t need any caffeine to kick start their days). If you are a coffee aficionado, then you are in luck. Studies prove that the caffeine levels found in coffee can give you an instant energy boost.

John Stanley, expert and lecturer in biochemistry at Trinity College, says the caffeine found in this highly aromatic beverage can lead to an increased production of adrenaline which stimulates energy production and improves blood flow to the muscles and the heart.

He further elaborates saying that caffeine can modulate fatigue and influence ratings of exertion, perceived pain and energy levels, all of which are likely to lead to improvement in performance.

“The ability of caffeine in coffee to improve physical performance during aerobic exercise and to restore mental performance, when it has been impaired by fatigue, deserves wider recognition,” Stanley said, reports femalefirst.co.uk.

Drinking a cup of coffee about 20 to 30 minutes before you exercise can allow you to exercise for up to 30% longer. The most notable impact of caffeine on performance is in sports such as swimming, cycling and tennis.

Moderate coffee intake can also help improve alertness and concentration due to its caffeine content.

Caffeine is well known for its stimulating effects which have proven benefits for mental performance. In fact, the European Food Safety Authority (EFSA) has concluded that there is sufficient evidence to support a cause and effect relationship for the effect of caffeine on alertness and attention.