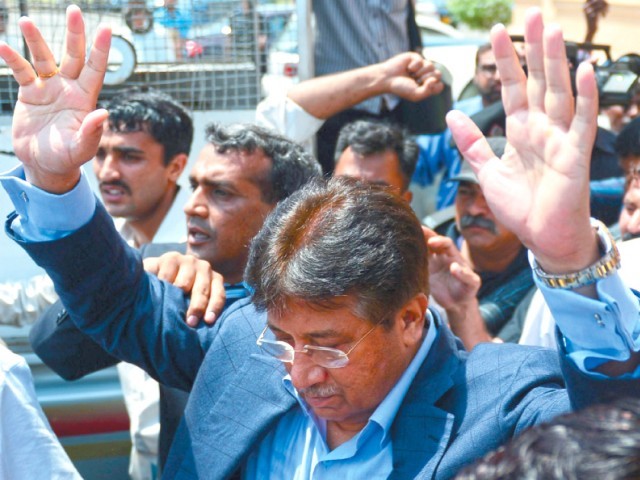 The Inspector General of Police Sikandar Hayat rejected the impression that the Islamabad Police was under pressure while investigating a murder case against Gen (retd) Pervez Musharraf.

Hayat was speaking at a press conference on Thursday. He said contrary to news reports, the police were not bent on declaring the former president innocent in the murder of slain Lal Masjid cleric Abdul Rashid Ghazi and this was against the facts.

He said only five out of 19 witnesses joined the investigation. “Their statements were made part of the record and the accused was arrested but later freed on bail according to the law,” he said.

Hayat said the police had not given the former president any favour and proceeded strictly according to the law.