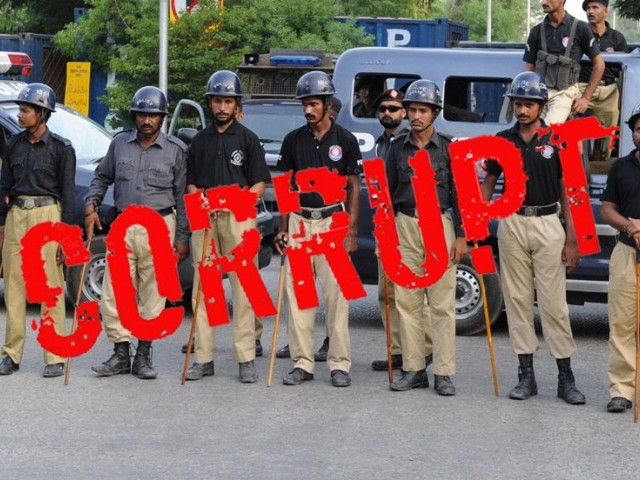 They were dismissed for abusing their authority, mishandling investigations and dereliction of duty. DESIGN: GIBRAN ASHRAF

The DIG, after hearing various officers’ responses to complaints of misconduct, also demoted two SIs, halted the promotion of another SI, stopped the annual increments of an inspector, suspended an SI, and transferred an inspector.

SI Abdul Waheed of Ghalib Market police station was dismissed from service for mishandling an investigation, while SIs Qayuam Ahmed and Arif Nawaz were removed for corruption, abuse of authority and misbehaving with a complainant.

SIs Mushtaq Ahmed and Muhammad Nawaz were demoted to ASIs for conducting faulty investigations and failing to arrest men wanted for various crimes.