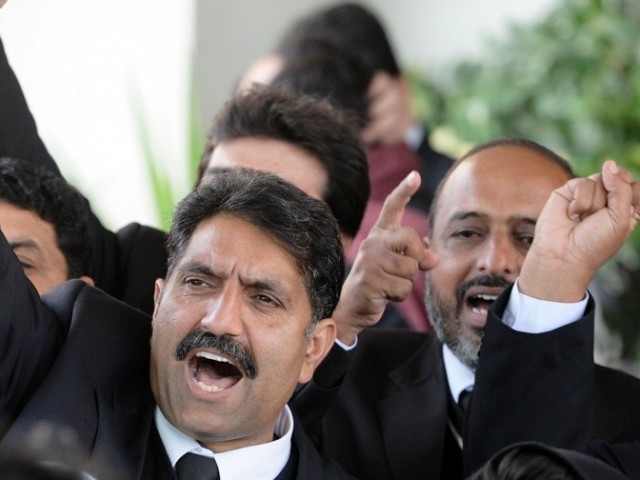 BAHAWALPUR: A case was registered against 16 lawyers on Saturday for vandalising a courtroom and threatening a judge. No one was arrested.

Cantonment police said Advocate Muhammad Umair of district and sessions court interrupted Judge Muhammad Rasheed Qamar during the hearing of a petition. The judge ordered the lawyer not to interrupt the proceedings. This led to an argument and the judge issued the lawyer a contempt of court notice.

The lawyer left, but later returned with several other lawyers.

The lawyers broke courtroom’s furniture and threatened the judge with dire consequences.

Some of them also tried to attack the judge, who was escorted out of the chamber by the police and taken to the retirement room.

The remaining hearings for the day were cancelled.

The case was registered under Sections 109 (punishment of abetment/ assistance in committing a crime), 186 (obstructing a public servant in discharge of his duties), 353 (assault) and 427 (mischief).

Rehan Gillani, the DPO’s public relations officer, told The Express Tribune that none of the lawyers had been arrested yet. He said a police team was investigating the incident.