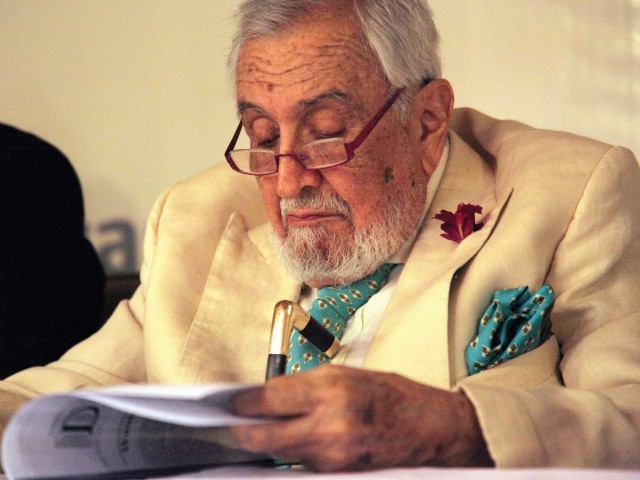 In memory of Ardeshir Cowasjee, one of Pakistan’s most renowned columnists, social activist, and philanthropist, the Institute of Business Administration (IBA) Karachi has launched the Ardeshir Cowasjee Centre for Writing.

Pending its formal inauguration early next year, a soft opening was held in the newly completed Student Centre at the main campus on Friday.

“Influential leaders need to have strong communication skills, of which writing forms an integral part. We have named the Centre after Cowasjee as a dedication to a personality who was a beacon of hope,” said IBA Dean and Director Dr Ishrat Husain at the launch. He expressed hope that the students of IBA would follow in the footsteps of the great man who used the power of the pen to effect change.

Dr Framji Minwalla, assistant professor and chairperson of the social sciences and liberal arts department, introduced the concept behind the initiative. “The ability to write effectively is key for academic and professional success,” said Dr Framji. He iterated the power of writing as an agent of change, mentioning Cowasjee’s contribution to an amendment in the Constitution of Pakistan, which has a footnote dedicated to him.

The centre will offer a number of customised services, seminars and workshops to students, faculty and staff to help improve written expression, working on assignments and addressing writers’ block.

Javed Jabbar, the guest of honour and director of the centre, lauded Cowasjee for his immense courage in effecting change. Ava Cowasjee, daughter of Ardeshir Cowasjee, remembered the great works of her father and thanked IBA Karachi for honouring him.

Showcasing talent: Artists and friends make guest appearances in their own paintings