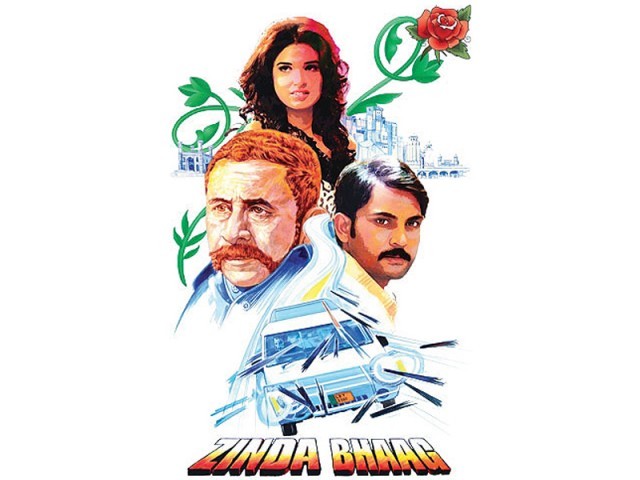 Zinda Bhaag was commended by a foreign viewer for being a “powerfully written and entertaining” film.. PHOTO: FILE

The Naseeruddin Shah-starrer, which is credited with being the first Pakistani film to have been sent for Oscar consideration in the last 50 years, has received immense appreciation for its contribution to rekindling Pakistani cinema. The movie’s cast includes first-time actors Khurram Patras and Salman Ahmad Khan and Zohaib Asghar.

“It’s a very proud moment for us to show the film in UAE,” said Farjad Nabi, who co-director Zinda Bhaag with Meenu Gaur. The movie revolves around the qualms of three Pakistani men in their 20s, who wish to make a living anywhere but in their own country.

The comedy underlines a pertinent and serious issue of how people resort to illegal immigration means and face grave consequences thereafter. The film has been described as quirky and fun but with a message.

Zinda Bhaag was commended by a foreign viewer for being a “powerfully written and entertaining” film. The film has a great number of Indian actors. Gaur said, “It made more sense to get crew members from India as India and Pakistan have a shared culture. It was the best decision we made.”

ECP to announce election schedules for Sindh on Nov 1, Punjab & Balochistan on Nov 5