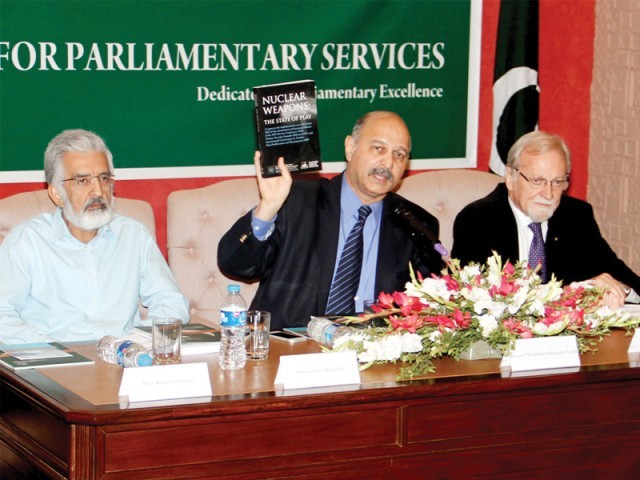 ISLAMABAD: Speakers at a seminar on nuclear non-proliferation dispelled the negative narrative about Pakistan’s nuclear assets and called upon the West to shun double standards by promoting nuclear regimes of some states as essential for “safety” and pressurising others to end their nuclear programmes for “global security”. The seminar was organised by the Senate Standing Committee on Defence and Defence Production at Pakistan Institute for Parliamentary Services in Islamabad. Senator Mushahid remarked that those who call our atomic bomb as Islamic bomb must learn that bombs have no religion. “Gaining nuclear capability by Pakistan created a balance of power in South Asia,” he said. Keynote speaker, former Australian Foreign Minister Gareth Evans called for re-assessing the situation and minimising the number of nuclear weapons.