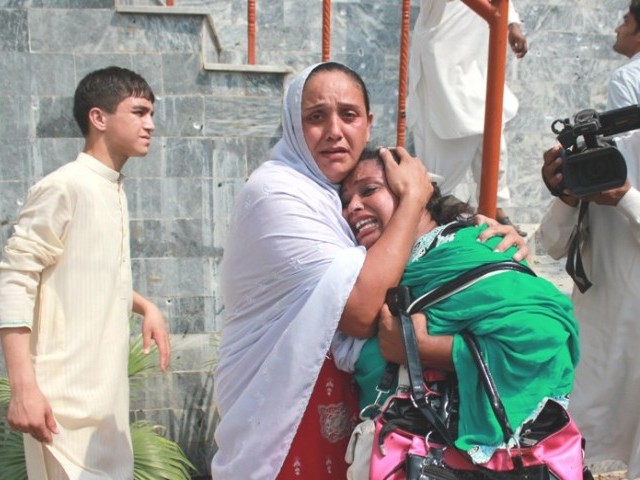 September turned to be the deadliest month of this year in terms of acts of violence as 1,048 people were killed across the country, a 35 per cent increase compared to the previous month, according to a press release.

According to a report by the Centre for Research and Security Studies, violence-related casualties during September numbered 1,048, of which 493 persons were killed and 555 injured.

This proved to be a significant increase of 35% compared to 774 casualties in August, 432 deaths and 342 injured.

More than half of the casualties were reported in the last nine days, from September 22 to 30, when 240 persons died and over 370 persons were injured throughout the country.

According to the report, while the participants of the All Parties Conference (APC) agreed to seek an end to the militancy through negotiations, the joint resolution issued after the conference failed to clearly identify stakeholders on the other side and whether the talks would be held within the limits defined by the Constitution.

The report stated that the peace overtures made by the government and various political parties, however, were not enough to dissuade terrorists from violence.

Peshawar and its surrounding areas in particular witnessed some of the deadliest attacks towards the end of September.

There were 28 casualties in five drone attacks in September, 24 deaths and four injuries, stated the report.  Two of the drone attacks had taken place prior to the APC resolution, while the remaining three occurred afterwards.

There was some respite for Balochistan as it experienced a significant reduction in violence-related deaths last month.

Compared to 138 deaths in August, there were 53 persons who lost their lives due to violence in September, an almost 40 per cent reduction.

However, unsuccessful attempts were made by insurgents to target high-profile government officials during the rescue operation for the earthquake-affected people of Awaran.