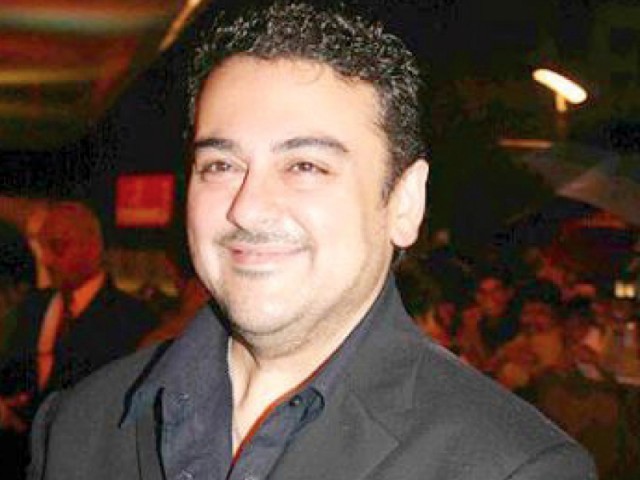 Sami was issued a notice by the Mumbai police on Tuesday for overstaying in India after his visa expired earlier this month. PHOTO: FILE

MUMBAI: Singer Adnan Sami Khan, whose Indian visa had expired earlier this month, has been granted a three-month extension by the Indian Ministry of Home Affairs (MHA) on Thursday, NDTV reported.

“Adnan was granted three months extension by the MHA from October 6, the date when his visa has expired,” said Deputy Police Commissioner (Special Branch) Sanjay Shintre.

Sami was issued a notice by the Mumbai police on Tuesday for overstaying in India after his visa expired.

The 44-year-old, who has made India his second home for the last several years, had been asked to reply to the notice and explain reasons for overstaying and making efforts to get his visa renewed.

In a statement released to media, the singer had explained:

“As per standard rules, I had made an application for extension of my visa to the concerned department of the ministry of home affairs in New Delhi on September 14 as they are the only authority to issue all visa extensions. This is a standard procedure that is followed by all foreigners and I have been following it for the past 14 years. Hence this year is no different.

“Until the visa extension is granted by the MHA in New Delhi, I have to be in India as I cannot leave. The length of the process of granting visa extensions is at the direction of the MHA issuing department,” he said.

Sami, a London-born singer and composer of Pakistani origin, has regularly composed and sang for Bollywood films.

Saudi Arabia wins first ever UNSC seat, to be ‘voice’ of those concerned over Syria