Waar out-earns Chenna­i Expres­s which made only Rs9 millio­n on its openin­g day.
By Rafay Mahmood
Published: October 17, 2013
Tweet Email 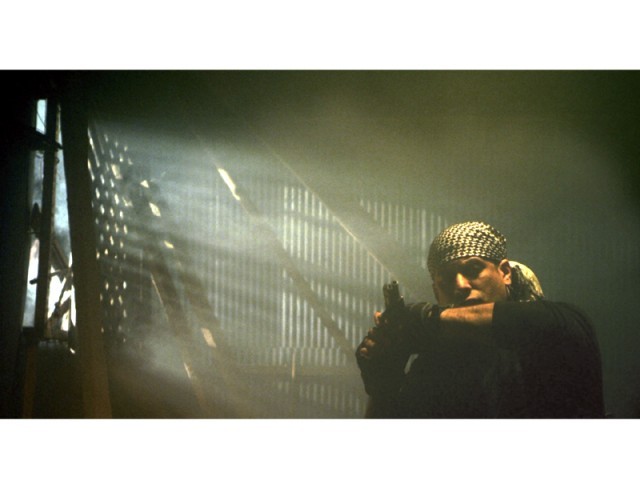 Waar opened on 42 screens across the country. PHOTO:PUBLICITY

KARACHI: The most anticipated movie of the year, Waar, opened on the first day of Eidul Azha on 42 screens across Pakistan and beat the box office record for an opening day take of Rs11.4 million.

With Rs11,397,930 in ticket sales, Waar broke the previous record set by the Shahrukh Khan-starrer Chennai Express, which had mustered around Rs9 million on the first day of exhibition earlier in the year.

Figures from all the 42 screens on which the Shaan-starrer Waar opened have not yet come in and the overall tally for the action film is expected to rise further. The film cost $2.5 million to make and is expected to be distributed in 25 countries.

Waar, which has seen most cinemas booked out for the entirety of its opening week, is expected to rake in Rs55 million in its first week on current trends. If it manages to do that, it will beat Chennai Express’ all time high first week take by a few millions. It will also make it the highest grossing domestic film of the year, out-earning the other blockbuster, Mein Hoon Shahid Afridi, which earned Rs55.4 million.

Waar’s first week on the box office has been helped by the unusually long Eid holidays and a weekend immediately afterwards.