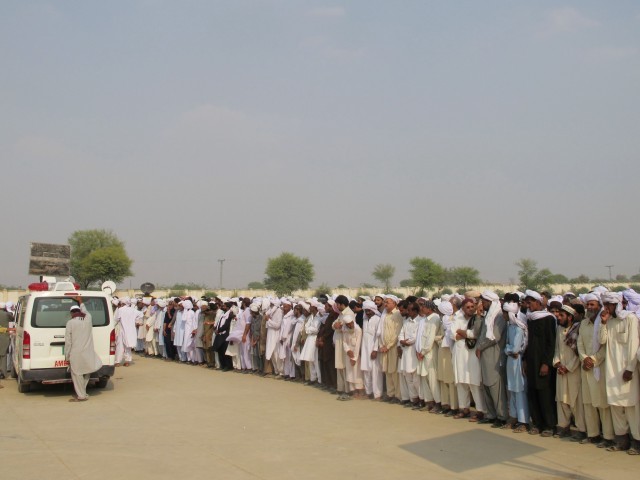 PESHAWAR: In a meeting of the provincial cabinet on Thursday, K-P Chief Minister Pervez Khattak urged the federal government to accelerate negotiations with the militants and announced the formation of an Anti-Terrorism Police Force for the province, which would be led by a separate Deputy Inspector General (DIG) other than the police.

#KPKUpdates: KP Govt decides formation of Anti Terrorism Police Force in the province. A separate D.I.G. to lead this force.

The emergency meeting was convened to review law and order and security in the province following the assassination of Pakistan Tehreek-e-Insaf MPA Israrullah Gandapur.

Pervez Khattak announced a three-day mourning period over the attack.

He also directed the Inspector General of Frontier Corps (FC) to place Elite Force personnel at all major public places in the province, and to hold the local Station House Officer (SHO) of police responsible for any attacks within his assigned area.

The Chief Minister sanctioned better weapons and equipment for security forces and the installation of surveillance cameras at all checkposts in the province.

Khattak criticised the slow pace of negotiations and said he hoped they would move forward in the best possible manner.

Finance minister Sirajul Haq led the recitation of Surah Fatihah and memorial prayers for the late minister at the meeting.

A blast outside Dera Ismail Khan on Wednesday had seen Pakistan Tehreek-e-Insaf lose its third Member of Provincial Assembly (MPA) to terrorist attacks in less than six months.

The suicide bomb attack was carried out near the MPA’s traditional village in Kulachi, 45 kilometres west of Dera Ismail Khan.

His funeral prayers were held at a cricket ground in Kulachi on Thursday.

Seven other people along with Gandapur were laid to rest.