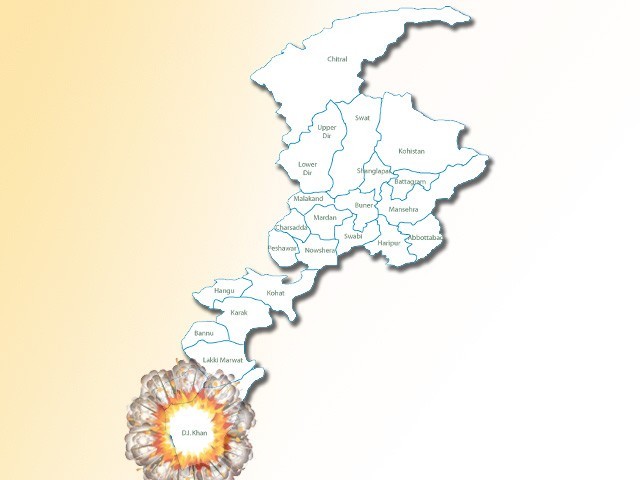 A suicide bomb targeted Khyber-Pakhtunkhwa Law and Parliamentary Affairs Minister Israrullah Gandapur, who was killed along with  nine other people while 30 others were injured, Express News reported.

The attack reportedly took place when the minister was meeting visitors at his traditional village in Kulachi, which is located 45 kilometers from Dera Ismail Khan.

Gandapur had been elected during the May elections from PK-67 DI Khan-IV as an Independent but he later joined the ruling Pakistan Tehreek-e-Insaf.

Shocked and saddened by attack on KP Law Minister Israrullah Gandapur's house in DIK, martyring him and 7 others;injuring over 20.

once again pti sacrifice #terrorist attck inDIK on @israr khan gandapur #law minister kpk he is in hospital injured pray for him..

Sad news in the history of D.I.Khan. Israrullah Gandapur, Law minister KPK has been martyred in suicide attack.

Police and rescue services have been dispatched to the site from DI Khan city, however, the poor roads may delay their arrival to the site.

This is the third PTI MPA from Khyber-Pakhtunkhwa to be killed since the May elections.

This was not the first attack on Gandapur. Earlier in April, his convoy was attacked prior to the May elections.

Two roadside bombs detonated near his vehicle as he was heading from Kulachi to Rohri to address a gathering on April 25. When his vehicle reached Gor Guldad at around 10am, two bombs exploded.

Israr Gandapur KP Law Minister plus 7 others', victims of terror attack on his house in DIKhan. He had talked of threats 2 days earlier. Sad