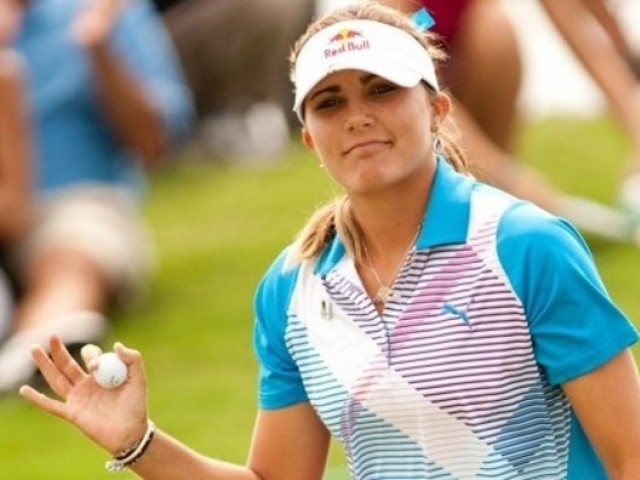 “I remembered how I played the course last year, it’s playing similar, maybe a little softer, but I’m hitting it a little straighter this year,” says Thompson. PHOTO: AFP

KUALA LUMPUR: American teenager Lexi Thompson and China’s Feng Shanshan made their move up the leaderboard on the second day of the Sime Darby LPGA Malaysia while South Korean Lee Il-Hee kept her lead yesterday.

Thompson, 18, shot eight-under 63 at the par-71 Kuala Lumpur Golf and Country Club (KLGCC), for a two-day total of 12-under 130 in a round which included an eagle on the par-four 14th hole and saw her finish the day second.

“I remembered how I played the course last year,” said Thompson. “It’s playing similar, maybe a little softer, but I’m hitting it a little straighter this year.”

Her 63 broke the tournament record by one, but it was then bettered by South Korean Amy Yang, who shot a sensational 62 for a two-day total of eight-under 134.

World number one Park In-Bee, meanwhile, shot a one-under 70 and is now 12 strokes off the pace and her chances of finally defending a title are almost over.