Waar: ‘Girls can do action sequences, too’

Waar: ‘Girls can do action sequences, too’ 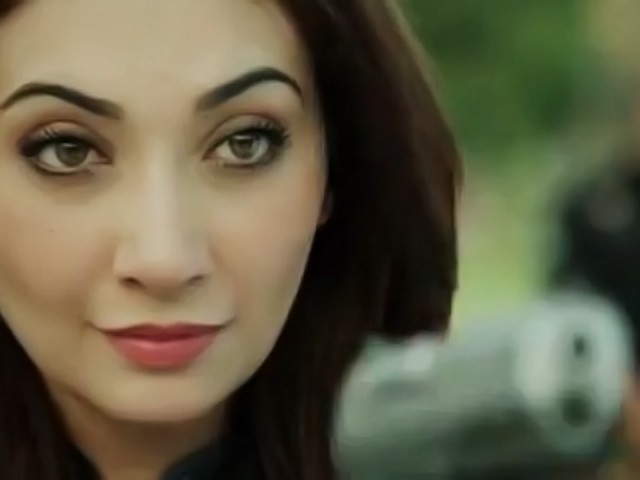 One would expect Pakistan’s first major action-thriller to keep the fighting scenes focused on male characters. But Waar makers have something different up their sleeves. The film releasing on Eidul Azha features singer-turned-actor Meesha Shafi and TV actor Ayesha Khan, who are all set to show some stellar action stunts.

“I wanted headstrong dominating females in the films,” says producer Hassan Waqas Rana, adding that Khan plays the role of a chief communication and intelligence officer at a counter-terrorism agency. “The girls had to go through rigorous training, and Ayesha had to carry a weapon at all times. So, her way of walking also changed.” Without giving away too much, he adds that Shafi will be seen in a “dominating mode that builds the action of the film.”

Khan plays an overconfident and unapologetic agent. “I wanted to show that girls can do action sequences, too,” she tells The Express Tribune. “For the first time, I got the chance to be part of action sequences and use real weapons.” She adds that due to Waar’s “sophisticated cinematography”, the project will be distinctly different from others.

The actor admits she had to take a break from television which is her forte, but she doesn’t regret the decision one bit as she feels Waar will revive stakeholders’ confidence in the industry. “We all had been working independently for quite some time but this has brought us together for the first time,” says Khan, referring to her co-stars Shaan, Shamoon Abbasi, Shafi, Ali Azmat and Hamza Ali Abbasi.

Waar has been shot primarily in English, a different challenge altogether for actors who have largely done projects in Urdu. “I have always acted in Urdu. I would joke in the middle of the scenes that it’s so hard to cry in English,” she says with a laugh.

Expectations surrounding the movie are mounting up and rightfully so. Waar has been in production for over two years and is finally complete. Cast member Abbasi admits this was bound to happen as the current infrastructure and support are not developed enough to cater to such large-scale projects. “I am certain that this movie will set a [new] standard. It will be the one to watch out for,” he says, proud of the team’s accomplishments.

“For most of us, it was not a professional commitment, but more a commitment of passion,” he continues, adding that the actors have worked hard to make the film as close to reality as possible.

Azmat had turned down several television projects just to be part of Waar as he was enamoured by the freshness of the project, Abbasi reveals. “In my case, I was involved from the beginning, so I grew up with this.