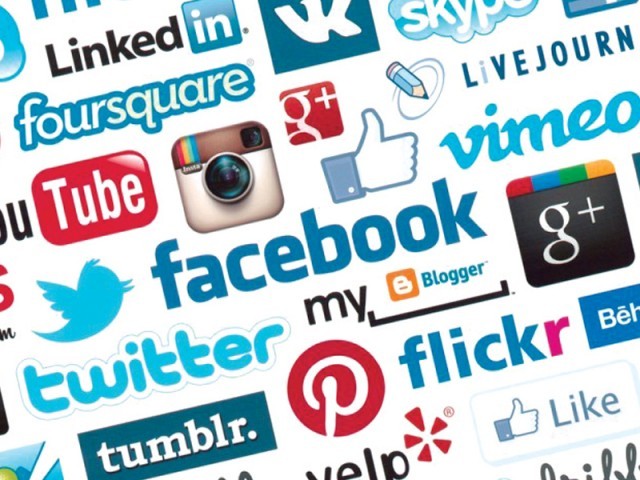 According AC Nielsen, in the year 2012 users spent 20% of their time on computers and 17% of that time was spent on the social networks alone. CREATIVE COMMONS

ISLAMABAD: Since ancient times, different symbols, signs and facial expressions have been used by man to communicate. In the past man used to make use of drawings or use sounds to let know other people about any important information when  verbal communication was not possible.

Now in the 21st century, advancement in technologies have paved the way for virtual means of communication. The impact of these technologies can also be seen in society, government policies and the corporate world.

The aforementioned means of communication can be coined into one popular term known as “Social Media”. This term sticks in everyone’s mind because of its unique characteristic of participation, content sharing, information exchange and much more.

Modern technology and the potential for growth and innovation is almost limitless and we cannot overlook the fact that modern applications of technology are evolving the way we conduct our lives and our businesses. In fact, according AC Nielsen, in the year 2012 users spent 20% of their time on computers and 17% of that time was spent on the social networks alone.

From calculators to computers, technology is at our fingertips to make life easier and comfortable but as we can see, modern day life is so jampacked that even children are not getting adequate time to mingle with their friends and classmates. Is this all because of the really busy schedule or is there any other cause?

“Social media is about sociology and psychology more than technology,” said Brian Sollis.

No doubt social media helps people connect irrespective of where they live. Where social media was believed as advancement in technology to make life far simpler, it has not been the case in reality. Social media has started to make people complacent about their relationships. A commonly held belief is that social media has created a life which does not need any real interactions among the people

“Our social tools are not an improvement to modern society; they are a challenge to it,”  says Clay Shirky.

Social networks were created as a bridge to connect people, however the reality is completely different. Instead of being connected relationships are getting disconnected. As Clay Shirky said, social tools are creating a challenge to the society. This is mainly because instead of using social media as a tool, people have started to replace their social life with the social media. They believe that talking to friends and family on social media is the same as interacting in real life. Social media has helped share a lot of content amongst the people but what it has also done is that it has created a false sense of belief in minds of people that the relationships can be built on such interactions and sharing.

The writer is a Project Assistant at Sustainable Development Policy Institute

Population explosion: Put an embargo on industrialisation in Karachi