No to Priyanka, yes to Waar for Shamoon Abbasi

No to Priyanka, yes to Waar for Shamoon Abbasi 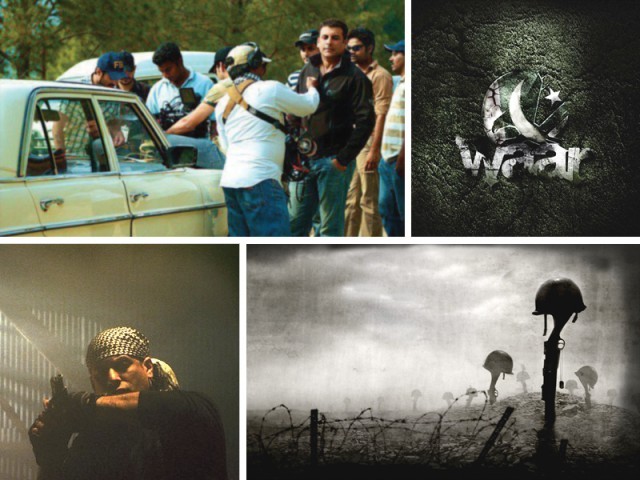 Villain in upcoming film says he is committed to Bilal Lashari’s vision.

While most mid-career actors’ ultimate goal is to bag the main lead in a film, Shamoon Abbasi grew up with a different ambition — of being a hated villain. With the release of upcoming big budget film Waar right around the corner, Abbasi’s dream of becoming Pakistani cinema’s favourite bad guy may well come true.

“People have asked me why I always pursue negative roles,” says Abbasi, who plays a deadly assassin in Bilal Lashari’s Waar. “There are a lot of heroes — I want to be the anti-hero,” he says.

Born and raised in Italy, the ruggedly attractive actor says he has in the past declined offers, as he feels the idea of a villain needs a revamp in the Pakistani film industry. “I would receive countless offers to act alongside Shaan and Momi [Moammar Rana], but there was always this feeling that the work being done is not up to standard,” he adds. Perhaps this selective approach is the reason Faisal Bukhari’s Bhai Log is his only major venture to date. However, he believes Waar will be a game-changer for both him and the industry.

“When I met Bilal and was told about the [assassin] character, he had a clear view of how it should be. It was very well-researched and somewhat inspired from real life events. It became easier to bring the character to life.”

Releasing on Eidul Azha, Waar will pair Shaan and Abbasi against each other for the first time. However, the two will also be seen in similar roles in the upcoming Zeba Bakhtiar project Operation 021. “Shaan is already popular and has done a lot of films over the last decade. I don’t know how the combination will work out but I think my main goal is to be part of something that changes the industry,” says Abbasi.

Pitched as a stylish, visual effects-laden action thriller, Waar has created quite a buzz. Abbasi is quick to highlight its pre-release popularity. “This is the first time I have seen such a wave of patriotism surrounding our film industry — it is filling people with hope,” he says.

He appreciates the out-of-the-box approach of talented young director Lashari, who is making his debut in feature films with Waar. He claims to have turned down Bollywood director Vishal Bhardwaj’s offer to act alongside Priyanka Chopra, to stick to Lashari’s vision.

“This is now on the record. He [Vishal Bhardwaj] got a little upset [by my decision] but I explained that it was important for my country. This is the first time a project of this scale is being done and I can’t just ignore it,” says Abbasi.

Lashari has said that Waar is a movie made for the audience. He says the biggest challenge was to maintain continuity over a period of three years and ensure the film eventually comes together. “We made this for the public. It’s an exciting time for us now and I am glad that it’s finally coming to theatre,” says Lashari.

Apart from Shaan and Abbasi, the film also features budding star Hamza Ali Abbasi and singer, Ali Azmat. Famed bureaucrat Kamran Lashari, who is also the father of the director, will also be playing a role in the film. “My father has been directing me my whole life. I finally got a chance to direct him and I think he was impressive,” adds Lashari.

Tee Partyin’ with a young fashionista