Presid­ent and the PM are due to meet for a final decisi­on.
By Zahid Gishkori
Published: October 4, 2013
Tweet Email 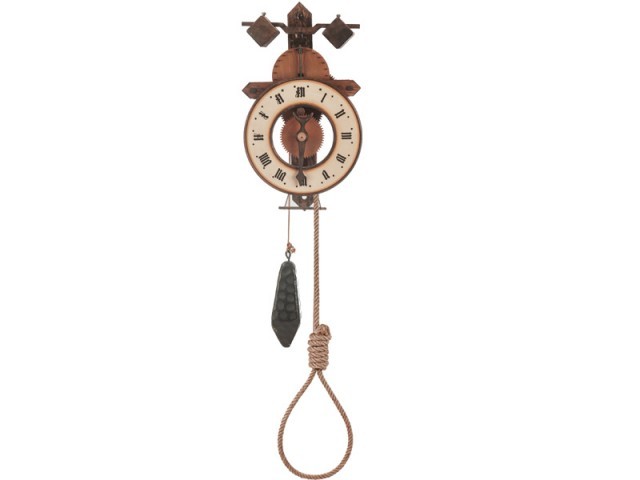 The federal government will retain the moratorium on capital punishment for at least a few more weeks until the country’s top two leaders hold a meeting to review the measure. PHOTO: FILE

The federal government will retain the moratorium on capital punishment for at least a few more weeks until the country’s top two leaders hold a meeting to review the measure, officials said on Thursday.

Since 2008, Pakistani authorities have executed only a couple of death row prisoners following a moratorium on capital punishment. There are around 8,000 prisoners on death row in more than five dozen jails of the country.

“No new development so far. The moratorium on capital punishment will continue – until the president and the prime minister meet to take a final decision on the matter,” interior ministry spokesperson Omar Hameed Khan told The Express Tribune.

Prime Minister Nawaz Sharif and President Mamnoon Hussain will hold a meeting within the next couple of weeks to take a final decision either to lift the ban or continue the previous government’s decision, officials added.

In August this year, the European Union (EU) cautioned Pakistan that lifting the moratorium will be viewed as a major setback in the 28-member bloc and possibly affect Islamabad’s quest for duty-free access to European markets.

Prime Minister Nawaz Sharif had directed the interior ministry to halt executions till further orders. The instructions had come in the wake of the foreign ministry’s recommendations to avail the Generalised Scheme of Preference (GSP).

The International Commission of Jurists has urged the Pakistani government to make the moratorium permanent.

“This is a step forward for human rights in Pakistan,” said Sam Zarifi, ICJ’s Asia-Pacific Director, according to a press release.