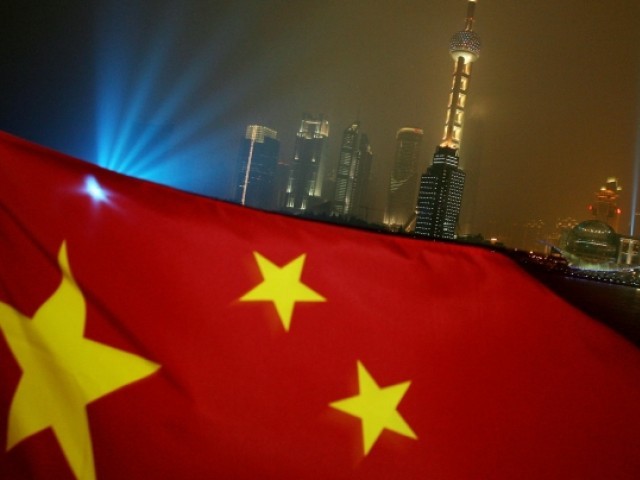 KARACHI: In a one-on-one with The Express Tribune, the deputy consul-general for China, Pan Qingjiang, indulged in a casual conversation on topics as varied as Karachi’s emerging economic prowess and the exclusive taste of Chinese food.

On the occasion of the National Day of the People’s Repubic of China on Tuesday, Qingjiang focused primarily on the economic giant’s friendship and brotherly ties with Pakistan. He stressed on the importance of major infrastructure projects such as the Kashgar infrastructure plan and the Karachi circular railway.

Speaking about his experience as a diplomat in Karachi over the last four years, he said, “Yes, there are major cultural differences among the Chinese and Pakistani people but it wasn’t really a cultural shock for me.” He added that he had enjoyed his stay in the megacity and wished to see it prosper.

Comparing the two megacities, Shanghai and Karachi, he expressed hope that Karachi would grow to be as much an important city as Shanghai as he believed it had a lot of potential because of its strategic geographical location and demographics.

In response to a question regarding the secret behind China’s success, he smiled, “We promote the message of harmony – even with 56 different ethnicities living in the country, we barely face any problems.” He explained that peace, accompanied by economic and social development, could help towards any goal.

As an attendant at the consulate kept pouring tea, he proudly referred to it as the ‘Chinese tea’.  “The tea you drink here is the Pakistani version – though it tastes good to me, we simmer our tea a lot more and barely add sugar to it,” he smiled. Referring to the growing recognition of Chinese food across the world, he said, “The Chinese food here at Dynasty and other restaurants is quite good, however, it is still the Pakistani version.” He admitted that he had developed a taste for traditional Pakistani foods like biryani and barbeque.

What Pakistanis can learn?

When asked what Pakistan could adopt from the Chinese culture, he said, “There are success stories everywhere. One could learn from them but it differs from society to society. There is no universal model for success.”  He added that there many traits that the Chinese had learnt from Pakistanis such as their kindness and hospitality.

The diplomat said that they were hopeful of opening up a Confucius institute in Karachi University. “We plan on cultural and educational exchanges between the two countries to further our transnational relations with our brother country [Pakistan].”

“We appreciate the economic growth on both sides. There is mutual benefit to be gained from the growing businesses in both countries,” he said, while talking about the private business ventures between businessmen in both countries.  “While the government-to-government bond is necessary, developing a strong people-to-people relationship is all the more important.” Referring to the Kashgar project he said, “It is a brilliant initiative and would open a great avenue for the business community in both countries.”

“We have almost achieved our Chinese Dream and we believe in advancing even further to make the world a better place,” he said as the talk moved towards South Asian region. He was of the opinion that all neighbouring countries should enjoy cordial relations as it will mutually benefit both the nations.

Crime and punishment: Man sentenced to 35 years in prison for rape, murder