Accuse­d Kazim Abbas Rizvi is affili­ated with MQM's unit-178 and has reveal­ed that motive behind murder was politi­cal.
By Web Desk
Published: October 1, 2013
Tweet Email 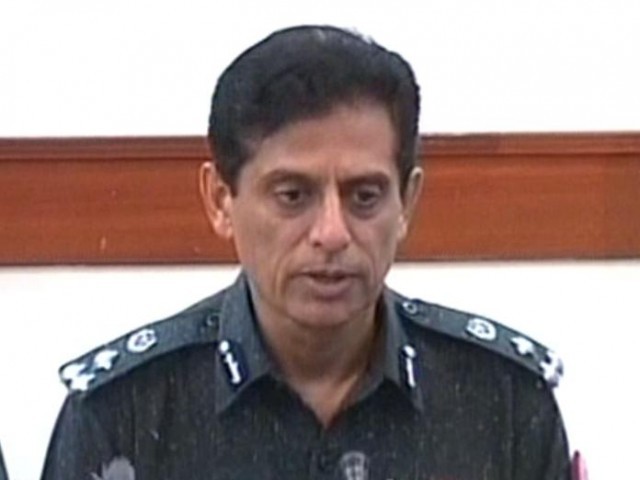 Advocate Randhawa, leader of the Sindh’s lawyers wing of Pakistan Muslim League-Nawaz, was shot dead by armed motorcyclists on September 26 while on his way home in Block-B in North Nazimabad.

AIG Hayat claimed the accused was arrested from Gizri on Monday night and a 9mm pistol recovered from his possession.

The police chief said the arrested has confessed to murdering Randhawa with assistance from a few other individuals, besides admitting to seven other instances of murder.

“We have arrested a murderer tonight who has admitted that he and a few other companions killed Naimat Ali Randhawa. He is affiliated with MQM’s unit-178 and has been identified as Kazim Abbas Rizvi, son of Syed Muhammad Abbas Rizvi.”

Hayat further explained that initial interrogations yielded the impression that the motive behind the killing was connected with the murder case of Wali Khan Babar, a journalist who worked for the television channel ‘Geo News’ and was gunned down in Liaquatabad, Karachi, on January 2011.

“According to my information, Advocate Randhawa had expressed the intent to present the final arguments in the murder case of Wali Babar, though he hadn’t yet filed the papers yet. We are going to investigate this further, but as far as preliminary investigations go, it seems the killers did not want the Advocate to prosecute in Babar’s case.”

He ruled out any sectarian dimension to the murder, terming it specifically as “politically motivated targeted killing”.

The AIG stated that the arrest was made possible through the joint efforts of police and Rangers, and that raids were underway for arrests of four other criminals that the murderer claimed to have been complicit in the crime.

“Kazim Abbas Rizvi has named his partners, and we are conducting raids to find them. I assure you we won’t let them get away.”

Raid at MQM’s office in Landhi

A Rangers spokesperson said that political shenanigans would not stop Rangers from fulfilling their duty.

On the other hand, MQM held a press conference in Karachi where Raabta Committee member Dr Sagheer Ahmad denounced the raid and the Karachi operation as impartial and unjust. He claimed the Rangers to have taken away 15 MQM activists besides damaging and looting office equipment.

MQM called on the federal government and army to take over supervision of the operation.