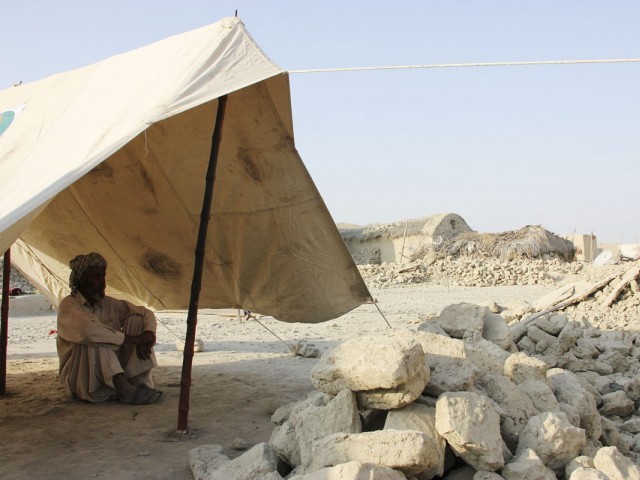 Prime Minister Nawaz Sharif on Saturday made an impassioned plea to the nation to donate generously to a relief fund set up for the quake survivors of Balochistan.

“The Prime Minister’s Balochistan Earthquake Relief Fund 2013 was established in all scheduled banks and people can make donations in this account,” said a statement released by the Prime Minister’s Office. “The fund has been established immediately through a Finance Division notification. Donations can be deposited in the State Bank treasuries, all branches of National Bank and all branches of Scheduled Banks.”

The premier also directed that a comprehensive compensation and rehabilitation plan be prepared and presented to him immediately upon his return from New York on Sunday.

A high-level meeting carried out damage assessment of the quake-hit areas on Saturday. Interior Minister Chaudhry Nisar Ali Khan presided over the meeting.

“It must be ensured that every affected household be helped and at least one month food ration initially should be provided immediately to each household,” said the prime minister. Pakistan Army, Frontier Corp and civilian administration should maintain equality in the transportation and distribution of aid.

“All these measures should be completed within a week,” he added.