The island is about 6 metres high and it covers an area of almost 836 sq meters.
By Our Correspondent
Published: September 25, 2013
Tweet Email 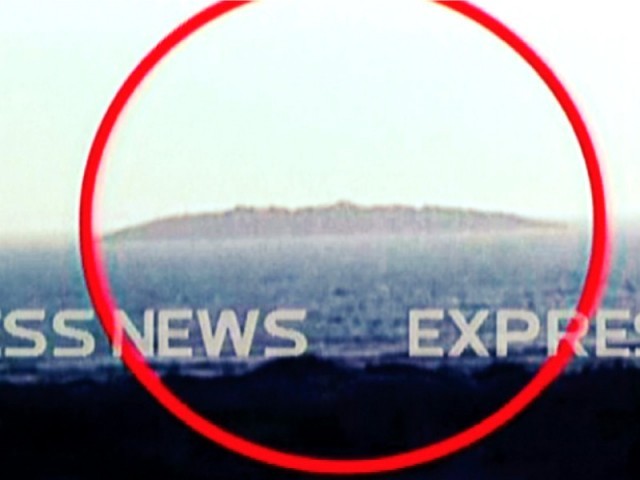 Video grab of an island emerging from the sea. PHOTO: EXPRESS

The strong earthquake also gave way to a six-metre high island which emerged off the western coast of Gwadar in the Arabian Sea.

Local television channels showed images of a stretch of rocky terrain rising above the sea level, with a crowd of bewildered people gathering on the shore to witness the phenomenon.

However, for people who are well aware of the area, it’s not a rare development. “It had emerged some five or six years back and later disappeared,” said Gwadar Deputy Commissioner Tufail Baloch.

The island has surfaced many times in the past. The first instance being 45 years back when it emerged following a mild temblor. But the island submerged and disappeared following high tides and cyclones.

Islands regularly appear and disappear along the 3,000-km Balochistan coastline. The island is about 6 metres high and it covers an area of almost 836 sq meters. Local fishermen say the emergence of such mountains in the sea is not the first incident of its nature. Following the 1945 earthquake and tsunami, a similar mountain had emerged and then disappeared on its own after a year.

Speaking to The Express Tribune, Deputy Director of the Geological Survey of Pakistan Anwar Hussain said the emergence of these mud-volcanoes is common following an earthquake which thrusts the mud into a mud-mountain that erodes with high tides and strong wave action.

‘On the offensive’: Pakistan, UK to step up anti-drug fight