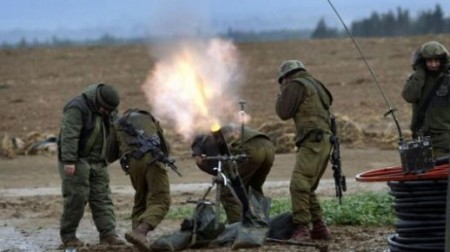 A Palestinian gunman has been killed and three others have been wounded in Israeli military strikes in the Gaza Strip.

Hamas spokesman said Israeli tanks fired shells and a helicopter launched a missile at its men in a refugee camp in the central Gaza Strip.

According to an Israeli army spokeswoman the army officials fired at the suspects who were planting explosives along the security fence.

The Palestinian death was the first in Gaza since three gunmen and two Israeli soldiers were killed more than two weeks ago in clashes between the Palestinians and the Israeli army. A Palestinian hospital source said the three wounded men were in serious condition. 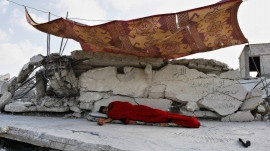 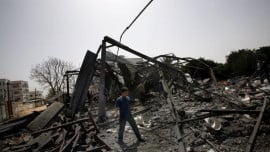 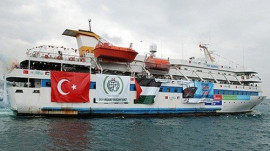 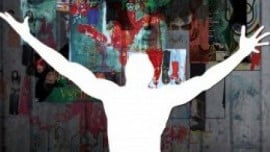 Z ali | 10 years ago | Reply SHAME ON US I AM SORRY TO SAY THAT WE ARE NOT MUSLIMS NOW.We should stop blaming westerns and israel . We have to see our selfs that in which direction we (muslims) are moving .
Replying to X
Saved ! Your comment will be displayed after the approval.
Error !
Error! Invalid Email.